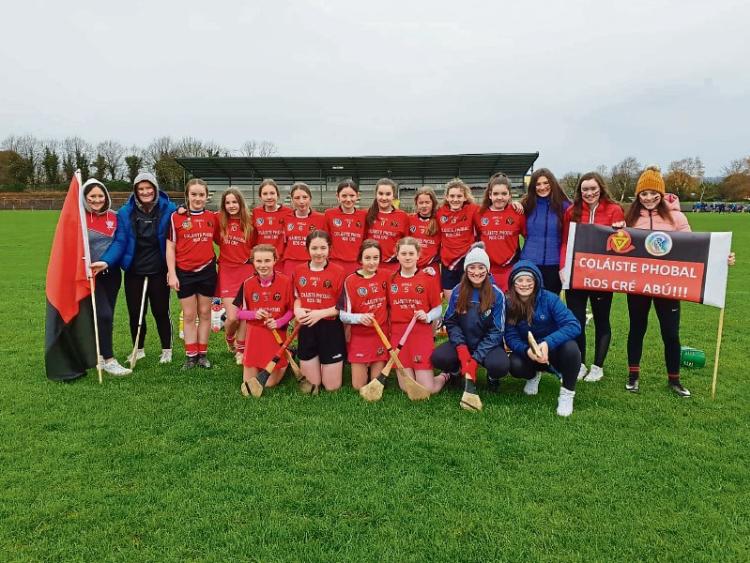 The Voice of Greece

Best wishes to fifth year student Mihaela Andronachi who will be taking part in ‘The Voice of Greece’ TV competition at the beginning of December.

Our under 15 hurlers played in Dr Morris Park, Thurles on Thursday, November 14. They played four games against St Josephs Borrisleigh, Borriskane CC, Thurles CBS and Abbey CBS. There were excellent individual performances on the day by goalkeeper Harry Loughnane, wing back Gearoid Maher and Captain Jake Kennedy. The panel for the day was extremely young and shows that this team has a bright future in school hurling. Well done to all the first year hurling panel and management.

On November 13 our first year camogie team travelled to St Rynaghs GAA pitch Banagher. It was our first ever year to enter the Leinster first year camogie blitz. On a very cold winter day the girls worked very well and put in a great team performance. The teams they played on the day were sacred heart Tullamore, Banagher college na Sionna, and St Brendan's community school Birr. The girls won all three of their matches and won comprehensively.

There was a great turn out on Thursday, November 7, for the Coláiste Phobal Open Night. Prospective parents and students were treated to all that is on offer in Coláiste and a big thank you must go to all staff and students who put in such a huge effort on the night. The positive feedback, comments and atmosphere around the school was fantastic to hear and see and certainly augers well for the future.

Junior Girls soccer get off to a winning start.

Our junior girls soccer team took to the field for the first time this year against Our Lady’s Bower Athlone in Killavilla. With a final result of 12-2 to Colaiste, it was a one-sided affair. Congratulations to our two hat-trick scorers Khya Lynch and Nicole Brooks. Well done to everyone.

Elections for Class Captains and Vice Captains took place recently among all the classes in each year group. Further elections will take place shortly to decide who represents each year on the student Council for 2019/20.

Our senior footballers were in action Wednesday, November 13, against Fermoy in Boherlahan. Coláiste produced a great performance winning comprehensively 6-13 to 1-2. We now progress to the last 16 of Munster as well as the Tipperary semi final. There were Stand out performances from Luke Seacy, Killian Sampson and Dylan Hogan. Well done to management and the very best going forward.