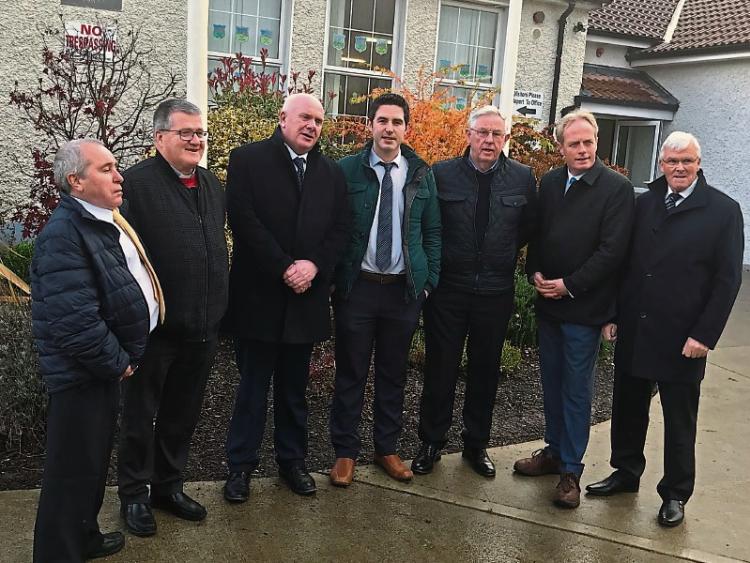 He thanked Fianna Fail TD Jackie Cahill who had become involved in the project over two years ago and who helped get it through a number of blockages in the system. He also thanked local councillor Micheal Anglim who had worked with Jackie to get it over the line.

The land which will be used to provide safe parking and also to extend the playing fields will be a great addition to the school according to current principal Kieran Scanlon.

Mr Hanrahan also commended former principal Anna Sampson who had been part of the original group.

Deputy Cahill congratulated the board of management, under the stewardship of Pat Hanrahan, for showing the vision to recognise the opportunity and also the persistence in sticking at it when progress was slow, and former principal Anna Sampson.

He said he was delighted to meet Father Bobby Power at the meeting who is moderator for the parish and he expressed a special thanks to Father Jim Denmead, Ballylooby PP, who is providing great leadership for the community.

He concluded with a special thanks to Cllr. Micheal Anglim who had worked with the TD in getting the project over the line and also to local community activist Peter Mackin who had brought the project to his attention two years ago.

Cllr. Anglim said that this was a perfect example of the community working together to get important work done and he said he was available to the school and the parish to help out in any way he could in the future.