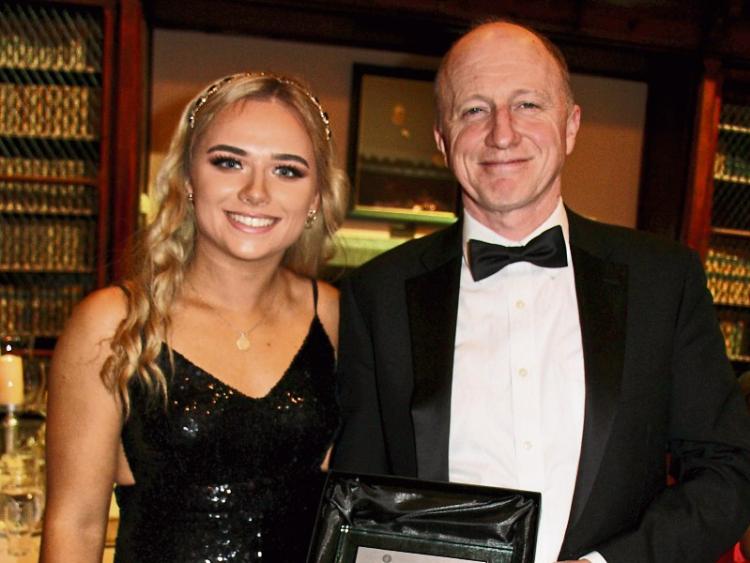 On Tuesday, November 26, UCC awarded five UCC Quercus Scholarships for sport to students at a gala dinner held in the Aula Maxima on the UCC Campus.

Caoimhe Perdue was the proud recipient of one such scholarship.

Quercus scholars are chosen because they demonstrate an exceptional level of excellence in their chosen sport. Caoimhe Perdue, from Cashel, completed her Leaving Certificate last June in Cashel Community School (CCS) and now she is in first year at UCC, studying Nutritional Science.

Caoimhe has played hockey with Munster and Ireland at U16 and U18 levels and she is currently on the U21 Irish team.

She played EYHL with Cork Harlequins and has won an Irish senior cup title. Caoimhe hopes to play competitive hockey with UCC and progress with her Irish hockey career while securing a degree in Nutritional Science at UCC.

University College Cork believes in creating an environment in which academic excellence can be combined with opportunities for personal development. One of the most important ways students further their personal development is by taking part in the wide range of sporting activities. Their students are amongst the most active in the country across an extensive range of sporting disciplines.

The scholarship can be renewed for subsequent years, subject to a scholar making a sufficient contribution to the sporting life of UCC, engaging with the activities of the Quercus Talented Students’ Programme and being able to progress to the next level of study in their academic programme.

Through the Quercus Talented Students’ Programme, UCC is committed to enhancing the academic and sporting achievements of young sports men and women in the country, as well as making a positive impact on the future of Irish sport.