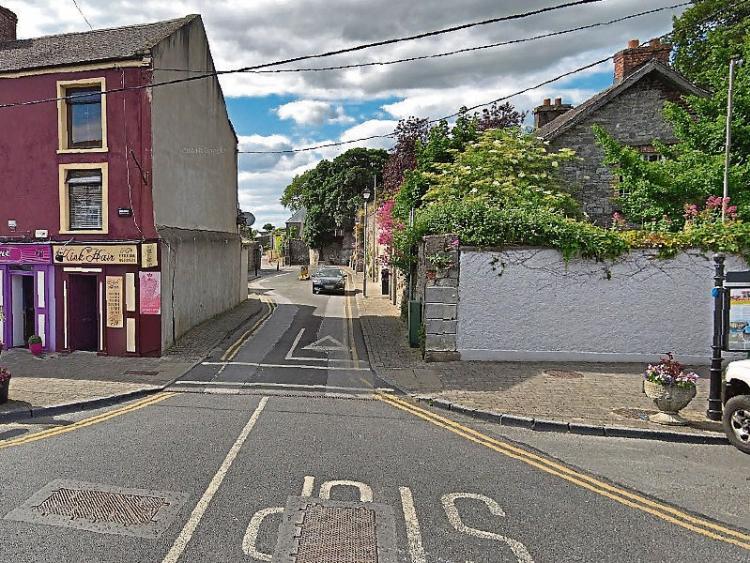 The entrance to Cashel’s Main Street car park, which will be closed from mid January to mid March

Cllr Burgess has been working with council officials in improving the parking situation in what has been described as a ‘growing town’.

Extra parking will be developed at the back of Cashel’s Courthouse on Hogan Square to accommodate the parking needs of the town while Buckley’s car park will be closed for upgrades and essential works that link to the Cashel Palace Hotel development.

“A temporary vehicle entrance will be developed through Cashel Mart to access this additional parking and a pedestrian access will be through the back of the Courthouse into the town centre” said Cllr Burgess.

Cllr Burgess continued: “these works have opened up a part of Cashel that has been left behind. This area has significant historic value and it's very exciting for the town”. Pedestrians will be able to walk through the ancient city walls and Cashel’s beautiful ‘sally port’.

Cllr Burgess has lobbied officials very hard to make sure this car park has adequate bus parking and it has been confirmedthat it will be able to facilitate numerous coaches.

“It is instrumental that this new car park will be ready before Buckley’s car park closes for upgrades and I’m delighted the officials have given me that commitment,” said Cllr Burgess, who also called for upgrading of the public toilets in this car park, improved safety measures, and signage at the pedestrian crossing entering the Main Street car park.

Cllr Burgess has also requested the Council to contact the coach companies to inform them that bus parking will be available in the town centre once again, in an effort to promote Cashel as a tourism destination.

Cllr Burgess is thanking the Cashel Mart for accommodating this project to go forward and all the council’s outdoor staff who are working hard on getting this done.

Cllr Burgess has also thanked the district administrator, Anthony Coleman and the senior engineer Paddy Crowley for their work to date on various projects in Cashel, including the transition of parking in the town. There will be more updates in 2020.