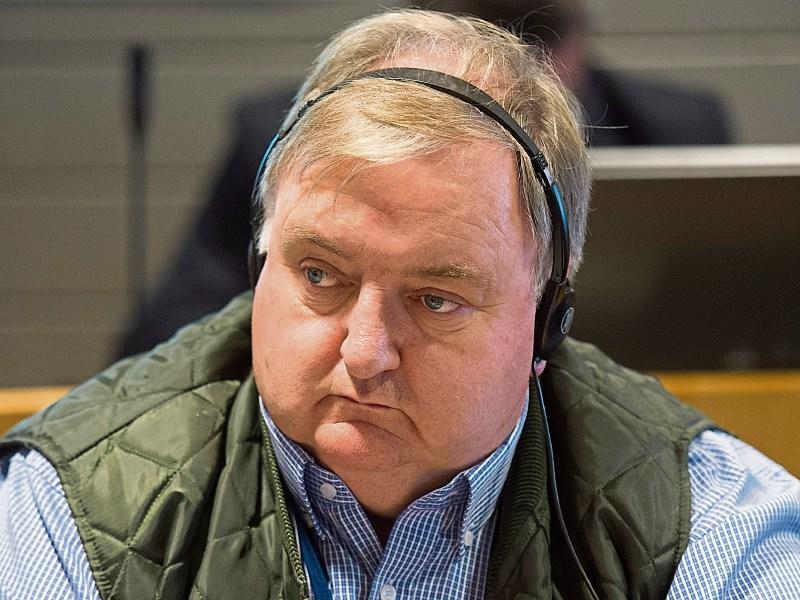 Cllr Hughie McGrath: 'It was and honour and a privilege to serve in Euroope'

Tipperary’s Cllr Hughie McGrath is the first to admit that when he was appointed to the European Committee of the Regions in 2015, he did not know too much about it.

Five years later, as his term comes to a close, he is disappointed that he was not reappointed by the Government to a position he feels he still has more to contribute to.

Appointed as one of three Independents in 2015, by then Minister for the Environment Alan Kelly, that allocation was reduced to two by the current Government following last May’s local elections.

A member of the European Alliance group, which has Independents as well as parties such as the Scottish National Party and which is led by Kerryman Mícheál Ó Conchuir, he says that he learned quickly that 70% of all EU legislation and policies from waste to emissions to education to broadband has to be implemented by local authorities and it was important that he was able to contribute effectively in the assembly which has 350 elected members and an equal number of alternates.

His main priority was to focus on town centre initiatives, and one of his first acts in 2015 was to introduce an amendment to the overall resolutions for the priorities of the Committee of the Regions that the EU directs is policies towards the revitalisations of towns and cities, in particular in the redevelopment of town and city centres which have been neglected by large scale shopping developments on the outskirts of towns.

“My focus tended to be on town centres. I hope that the new funding will now come on stream to have an impact and redevelop our town centres. I have always felt that towns like Nenagh don’t get enough support as they are too small to be eligible for urban funding but too big for rural. I would like this to change and hope this is followed through,” he says.

Hughie agrees that being in Brussels opened his mind to how other towns and cities operate and how they promote and protect their heritage.

This has helped inform him about ideas for Nenagh and other towns, giving the example of Nenagh’s Lewis Lane project, Tipperary County Council’s ability to source funding for work on Nenagh Gaol and his idea to try and bring what he calls the “backlands” behind some of the town's houses back into use.

“When you go away and come back and see what you have in the town you start to look and start calling the castle and the gaol the historical quarter of Nenagh because cities and towns have them.

“You see some of the streetscapes that should have been kept - all part of our heritage. When you go to other cities, you see the way they protect their heritage,” says Hughie.

Another thing that opened his mind was the way people use public transport.

“You get used to public transport. The last time I was probably on a bus was when I drove one for Christy Toohey in 1982. It is only when you are going to cities - I went to Thomond Park over Christmas and took the bus - before I would not have dreamed of taking the bus,” he says.

One of the highlights of his time in Brussels was bringing eight members of the European Alliance - including Karl Vanlouwe a member of the Flemish Parliament - to Nenagh to see the town, see how the EU funding policy should be changed to allow the town thrive and flourish.

“I felt my role was to try connect Nenagh to Brussels and connect Brussels to Nenagh, bring European politics down to the local politics. I felt I had a fair old stab at that,” he says.

Hughie also says one of his achievements was that he was able to bring some of the council executive to Brussels to look at projects such as grants for free wifi, which is to be introduced to Nenagh over the coming year.

He is hopeful that current Tipperary County Council Cathaoirleach Cllr Michael Murphy, who is head of the Irish delegation on the CoR, along with county chief executive Joe MacGrath can put together a visit to Brussels for councillors, especially around the open days at the CoR.

Because he was appointed to the CoR, he was automatically put on the Southern Regional Assembly. But Brussels works through the Department and then funding goes into the regional assemblies and then each county.

“I would prefer if each county could come up with projects and deal directly with Brussels and take away the Department and bypass regional assemblies,” says Cllr McGrath. “It can be a bit cumbersome.”

While everyone needs to pull together at certain levels, he points out, each county and county executive have different priorities and the Department may say they are not interested in a Tipperary project but are interested in one in Kerry or Galway, and Tipperary is shelved because of a departmental decision.

Among his other proud moments at a local level was working with local primary and secondary schools through EU competitions, including St Joseph's CBS in Nenagh, but the greatest privilege he had was being appointed co-chair of the EU joint consultative committee on Montenegro's accession to the EU.

“The goal of this 16-member working group was to prepare local authorities in Montenegro for coming into the EU. I wanted it to have a practical value and this is why we focused on waste management / energy / tourism. For me it was a great privilege. I really enjoyed. To be appointed was an achievement, but to be picked as chairman,” he says, highlighting that when you get involved in politics of even your local community, you don't realise where it can bring you or how you can make a difference.

The committee was co-chaired by Aleksandar Bogdonovic who is now Minister for Culture in Montenegro, and, says Cllr McGrath, they are friends and stay in contact.

With the past three years dominated by Brexit, Cllr McGrath feels that not being on the Committee of the Regions will be a big loss to Northern Ireland, as well as the wider UK.

“Definitely. The European Alliance had a Green party member from the UK and Tony Buchanan from the SNP and they definitely don't want to leave. They think it is a big mistake,” he says.

However Cllr McGrath recalls that when he went out to Brussels first, Nigel Farage used to socialise around the same areas, “but you couldn't listen to him. You'd be saying: 'Are you for real?' But people were listening to him. I think maybe Europe didn’t understand people were listening.”

He says that the EU has to look at itself as well when it comes to Brexit as, he says, it can be very much removed from the citizen.

“There is always this kind of backdrop. Somewhere in the shadows you hear the word federalism. You have to watch the stronger countries. You have the bigger EPP and ALDE groups and our main political parties are in those groups and they need to be ready to stand up in those groups and make sure it is not taken by the bigger countries. They could sleepwalk their way into having a federal union rather an an economic union,” he warns.

“The group I belonged to never thought of coming to a rural town in Ireland until I suggested it and Michael O Conchuir (the head of the group) said if you want them maybe we'll try organise it and Nenagh is now part of their vocabulary. They all saw Nenagh. I think more of that has to happen. And with us in Tipperary and Nenagh, Brussels can’t be an alien thing,” says Hughie.

Tipperary is well represented at EU level, with Cllr Murphy doing great work on preparing the regions for Brexit and putting across Tipperary concerns, he says, and EU Trade Commissioner Phil Hogan has Tipperary Town man Dermot Ryan as his cabinet chief.

Cllr McGrath regards it to as a “privilege and an honour” to have served in Brussels and he was not afraid to let people know he was out there.

“I wanted to work at it and had no intention of hiding it from the public. I would have gone on it again if I got it. I was a small bit disappointed not to be renominated. I felt if I got another term there were a few other things I wanted to take home,” he says.

Among those issues are proper funding for town centre initiatives, and maybe having the CoR meet once a year in different member countries.

“It can be pursued and can be practical. They want to do more of that but they have to be encouraged. I have spoken to Mícheál Ó Conchuir about it and he has asked me to keep in contact. They would like to stay connected to Nenagh. I am not going to walk away. I made friends. It is great to have those cmonnections. I’d like to keep those links going,” he says.