Hospital overcrowding and farming among priorities 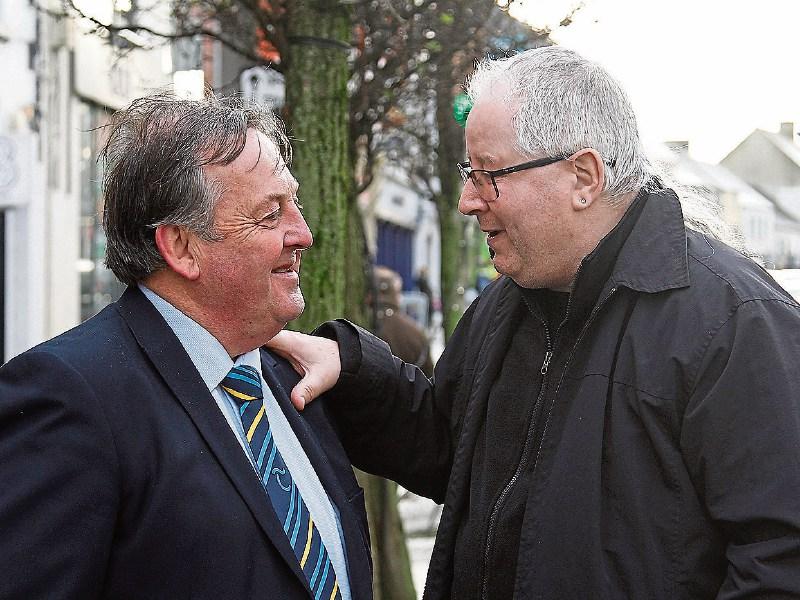 Former Tipperary hurler and county football chairman Cllr Joe Hannigan has said that having represented the county previously, he would now relish the opportunity to have the jersey on his back again to work as a public representative for the county, in Dáil Eireann.

“Topping the poll in my first outing in 2014 was a huge boost, but repeating the process in 2019 told me I must be doing something right and has given me the confidence to now put my name forward in this election,” he told a gathering of supporters as he launched his campaign on Banba Square in Nenagh last Saturday morning.

Outlining his main priorities Cllr Hannigan stated that “the situation in University Hospital Limerick just has to be sorted out. We need to address the issues of primary care to take pressure off the A&E department and improve step-down facilities in Nenagh, Cashel and Ennis to free up hospital beds in Limerick.”

He also said that there were many issues to be tackled in agriculture, rural regeneration, environment, tourism and the need to rebalance the Dublin-centred policies evident in so many Government activities.

“The planned water pipeline to Dublin just demonstrates how the expansion the capital appears to be a greater priority than bringing people to work in the regions and away from congestion and the housing crisis,” he said.

“I would love the opportunity to bring the passion that many associate with me to addressing these pressing issues,” he said.

Recounting how his time as chairman of the Tipperary Football Board took him all over the Premier County, from Rathcabbin to Carrick-on Suir, he said it had been heartening to receive messages from so many people in so many places pledging support for his campaign in recent weeks.

Cllr Hannigan’s campaign was launched by All-Ireland winner Barry Heffernan, who said that he had come to know Cllr Hannigan very well as a family man and, as a public representative who was dedicated to his role and took a deep personal interest in the issues of his constituents.