Silvermines power station to be put on common interest list 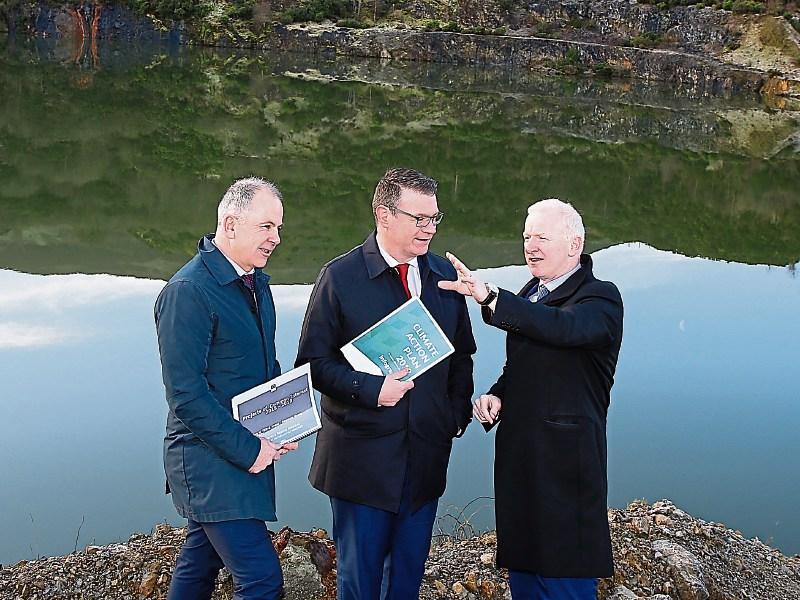 At the site of the proposed Silvermines hydro-electric storage plant which is set to be placed on the EU’s Project of Common Interest list, John Deegan, director investor relations, Silvermines Hydro;

The Silvermines hydro-electric station is set to take its most critical step to date when it is ratified as a Project of Common Interest next month by the European Parliament.

The planned 360MW hydro-electricity plant is one of only three Irish electricity projects included in the 151 strong list of Projects of Special Interest (PCI) list compiled by the European Commission last November and will now go before parliament for ratification next month.

With a commitment in Ireland’s Climate Action Plan to support all PCI projects, the inclusion of Silvermines Hydro - which has the capacity to generate electricity for 200,000 homes - on the PCI list was essential for the project, its CEO and founder Darren Quinn said.

“Inclusion on the PCI list underpins this project and really takes us to a whole new level of certainty,” he said.

Mr Quinn said that theenthusiasm and interest for the project at European level had been hugely reassuring and PCI status ultimately stated that the project was not just of Irish but European importance when it comes to meeting climate change targets.

“This is very significant validation of our Silvermines project. Strict criteria are required for PCI status and we tick all the right boxes. It’s essentially about being a major renewable infrastructure project and large grid storage and Silvermines Hydro is that,” he said.

Critically, PCI status streamlines permit granting procedures as it sets a time limit for planning permissions to be approved. It also secures an improved, faster and better streamlined environmental assessment process, puts a procedure in place that allows for the allocation of investment (construction) costs among Member States benefiting from the PCI and opens the possibility for receiving financial assistance under the Connecting Europe Facility (CEF) in the form of grants and innovative financial instruments.

The inclusion of the project on the EC’s PCI list was welcomed by Deputy Alan Kelly, who as Minister for the Environment in 2016 gave critical support for the project when he included it in the then Government’s White Paper for Energy.

“PCI status is a game-changer for the project. The first critical step was to get it into the White Paper, which I was delighted to make happen as Minister for the Environment,” he said. Getting PCI status then became the key objective, not least after the Climate Change Action Plan committed to support all PCI projects.

He congratulated the development team at Silvermines Hydro on how they had gone about this.

“This project is going to put not just Silvermines but Tipperary on the map as a huge contributor to the decarbonisation of our country as it has the capacity to provide green electricity to 200,000 homes,” he said.

The Labour TD said that the project would also bring a huge amount of investment and jobs during its four-year construction phase and long-term job creation afterwards.

He said that he was looking forward to continuing supporting to make sure it went the distance and planted a very important flag for Tipperary as a leader in the fight against climate change.”