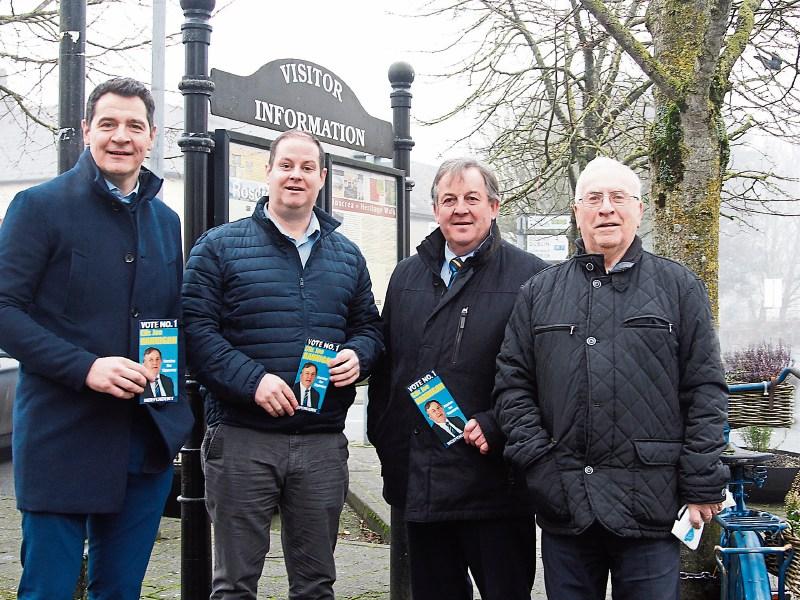 The Government has been called upon to use its proposed Tech Hub to bring employment to Roscrea.

The town had a long tradition of large employers such as Roscrea Bacon Factory and Antigen and there was no reason why it could not once again be a significant employment hub for the region, said Cllr Joe Hannigan at a rally in Roscrea.

While welcoming the work underway in the former Tesco Shopping Centre, the Independent candidate called on the Government to use action rather than words when it came to the issue of rebalancing the urban rural employment divide.

“I am calling on our Government to make use of the soon to be completed Tech Hub and provide incentives for civil servants to work from such facilities, to lead the way for bringing employment to rural Ireland,” he said.

Cllr Hannigan, cathaoirleach of Nenagh Municipal District Council, said that the town needed representation in the Dáil, and, if elected, he “won’t be found wanting”.

Drugs has been one of the major concerns on the doorstep, he told supporters, and he believed towns should have CCTV to help identify the movement of criminals and to monitor criminal activity.

However, he also believed everyone had a role to play in combatting the drugs problem.

“The onus is on everyone to play contribute - to educate and advise where appropriate, and also to use the confidential hotlines that are in place for reporting of such crimes,” said Cllr Hannigan.