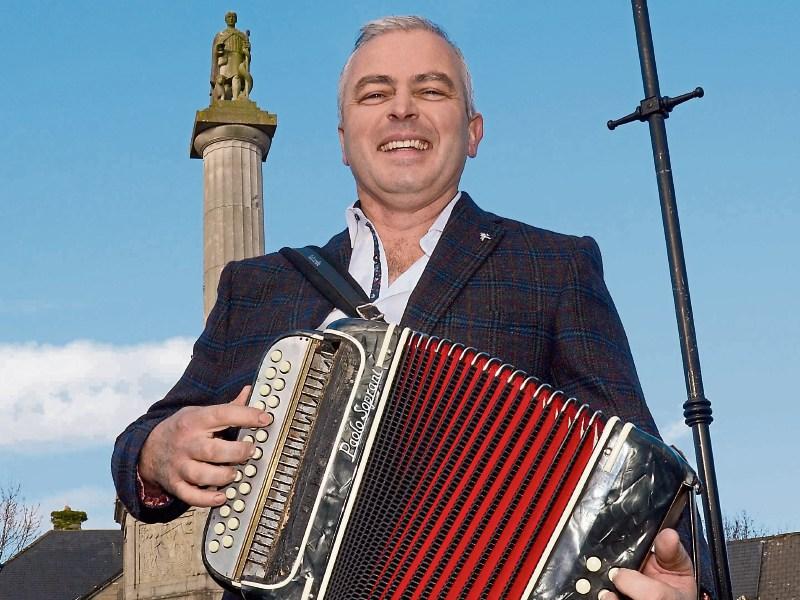 Ned Kelly: will receive a TG4 Gradam Ceoil award at a gala night in Belfast

Ballycommon’s Ned Kelly has been named as a recipient of a Gradam Ceoil Outstanding Contribution to Irish music and will be presented his award at a gala night in the Waterfront Hall in Belfast on February 23.

Ned’s traditional youth orchestra will join him on stage to perform In Tune for Life.

The 70 orchestra members range from teenagers to early 20s, and have helped raise in the range of €300,000 since Ned set it up to raise funding for the Dónal Walsh Live Life Foundation, working with Donal’s parents.

The orchestra has also worked to fundraise for schools, and has have played in Áras an Uachtaráin for President Michael D Higgins. They have been to Italy and France as part of Templemore twinning to promote Ireland and Irish music,

Ned, a husband, father, farmer and musician, an All-Ireland accordion winner, has travelled the world sharing his love of traditional Irish music.

The In Tune for Life orchestra members are from all over Tipperary from Newcastle, Cashel, Loughmore / Castleiney, Killea, Roscrea, Templemore, Templederry and Nenagh.

The Saturday after Ned receives his award, the orchestra has a fundraiser concert in Killadagan GAA hall for Friends of Nenagh Hospital.