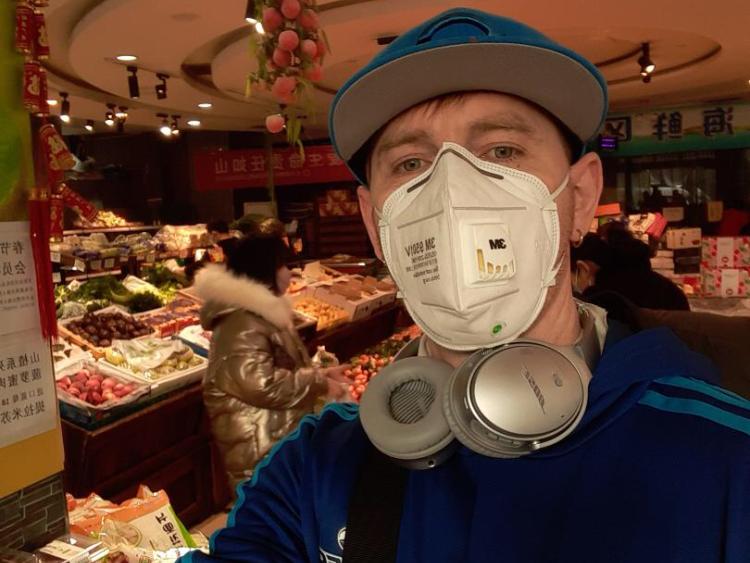 ROSCREA'S Brian Lalor is witnessing first-hand the front-lines of the battle to stem the coronavirus epidemic in China and told Tipperary readers at home he plans to stay in the country until the crisis has subsided.

Brian (39) works as a school Principal in China and is a past pupil of the Boys National School and the Christian Brothers secondary school in Roscrea and is very well known in his beloved home-town, which is never far from his thoughts during his extensive travels of Asia and further afield.

Brian, who left Roscrea and arrived in Asia alone over a decade ago, is now married to an American woman, Kirsten and has three beautiful children, Zoe (7), Eliah (5) and recent new arrival Saoirse (4), who the couple adopted into their family this year.

“Life is like a box of chocolates - you never know what you might get,” were the wise words of film character Forest Gump, which have been at the forefront of his mind as the coronavirus “has turned our lives upside down and spread fear throughout our community,” he told TipperaryLive this week.

Although the reaction to the virus has been very stark, Brian said he does not personally know anyone who has been confirmed as contracting the virus, despite being in the province of Shaanxi, which neighbours the provence where the virus is confirmed to have erupted from.

Brian, who has lived in Asia since 2004 and travelled extensively throughout the region, is no stranger to witnessing the devastating results of natural disasters - when on his first year in Sumatra he saw the aftermath of the tsunami and also witnessed the frightening bird flu epidemic in Vietnam in 2009.

“Now faced with another challenge I have learned that normalcy is the best thing I can do for myself and those around me. Though I came to Asia alone I now have a family of five and during the first week of the outbreak we adopted our third daughter,” Brian explained.

“It has been a blessing for our family to have this prolonged time together to get used to the new dynamic. The way we are coping with the virus is to maintain as much normalcy as possible in our lives.

“What this looks like is a regular sleep time, regular time to get up, schoolwork from Monday to Friday and keeping to other activities as much as possible. We usually go to church on the weekends but now instead have a time of worship together in our home,” Brian told Tipperarylive.

“In order to keep sane, we are trying to eat as healthy as possible and to exercise regularly. Fortunately, there has been no shortage of fresh produce in our neighbourhood and I am also a strong believer in the importance of extra Vitamin C intake during flu season, so we have been going through lemons like there is no tomorrow,” Brian said.

“Each day my wife and I take turns going out for a walk around our compound and are very grateful for the chin-up and dip bars in our compound. The girls have been given excellent PE lessons by their teachers, that can be done inside,” Brian said.

Brian said that although it is a very difficult time his family are very happy to be in China as it has fostered a much stronger connection to their neighbours and community – people he admires very much for their collective reaction to the outbreak.

“The security in our complex have been extremely helpful and we feel very much connected to the other foreigners who are here and locals. I have always believed that everybody in this world is of the same race, the human race. Through the current situation it has made me further realise, that we are all in this together,” Brian said.