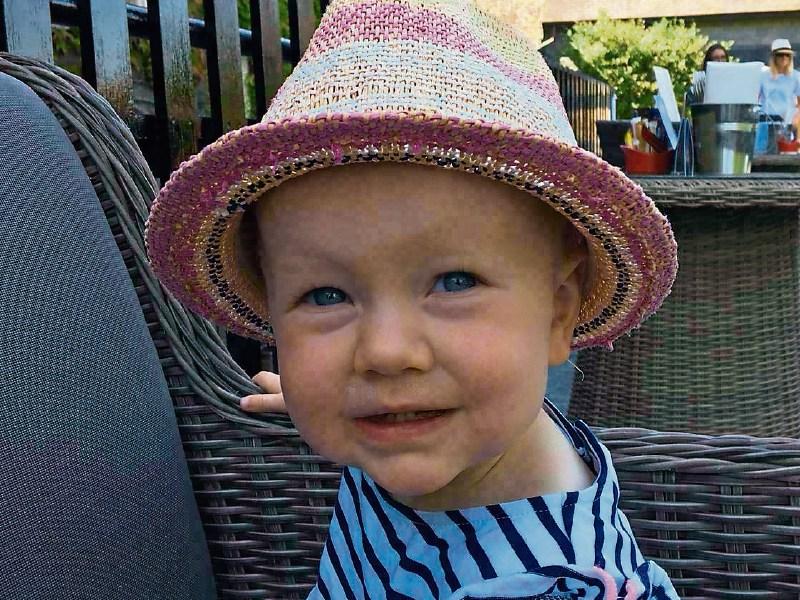 Two years-old Heidi Griffin scheduled to undergo Selective Dorsal Rhizotomy surgery in the US on April 30.

Framed prints from the Oscar nominated Cartoon Saloon animation studio along with signed Liverpool FC, Tipperary hurling, Munster and Leinster rugby jerseys will be  auctioned in Clerihan on Saturday to help send a two year-old local girl to the US for life-changing surgery.

A tractor run will take place in the Clerihan area on Sunday for the campaign aiming to  raise €60,000 to enable little Heidi Griffin from Rathdrum Fethard  undergo Selective Dorsal Rhizotomy (SDR) surgery at St Louis Children's Hospital in Missouri on April 30.

Heidi, who is youngest daughter of Pamela and Tom Griffin, has a form of Cerebral Palsy called Spastic Diplegia, which effects her legs and means she can't stand correctly or walk unaided. The operation will give her the chance to walk independently.

Her family has embarked on an intensive fundraising campaign as the cost of the surgery must by paid 45 days before the operation.

Pamela Griffin said the Heidi's Happy Feet Go Fund Me page has so far raised €33,000 and they have also received a lot of direct donations collected through a series of local fundraisers.

The Griffin family hope the auction and tractor run will place them close to reaching their fundraising goal.

Close to 40  items, courses and experiences ranging from signed sports jerseys and pictures to a break away in a five star hotel will go under the hammer at the auction, which will be conducted by Cashel auctioneer Robert Hunt. The auction starts at 9pm and the Replacements band  will  perform after the sale, which will also include a  large raffle.

The star items up for sale are a Liverpool jersey signed by the members of the Premiership side's current team and three framed prints of Oscar nominated cartoons  donated by the famous Kilkenny based Cartoon Saloon studio.  Each print is  valued at around €450.

Other key items up for auction are an oil painting of the Rock of Cashel by local artist Conor Deere, a Liam Clancy painting, a one night stay at the 5 star Castlemartyr Resort in Co. Cork,  signed Munster, Leinster, Ulster and Connaught rugby jerseys, signed Tipperary hurling and football jerseys and a signed Dublin football jersey.

Also going under the hammer will  be  signed pictures of renowned horse racing trainer Aidan O'Brien and jockey Rachel Blackmore a  number of cooking courses including a Cakeface masterclass for four people.

The tractor run on Sunday, meanwhile, will start from Clerihan GAA Club at 12.30pm. Registration of tractors for the event takes place at 11.30pm.

Pamela paid tribute to all who have donated items for the auction and helped with organising it and the tractor run.  Indeed the family have been bowled over by the huge response to their campaign from neighbours, friends and the local community.

Pamela thanked the students and staff of Lisronagh National School for raising €4000 by running a sponsored fun activities and games day. The Griffins' two eldest daughters Sadie  attend the school. “There are only about 80 students in the school so that was a phenomenal amount to raise,” she said.

She also thanked the organisers of a card night in Monroe GAA Centre last Tuesday and a country walk in Poulmucka on Sunday morning. The final fundraiser of the campaign will be a sponsored cycle that will start at Cillin Hill Mart near Kilkenny City on March 29.   To donate to the  campaign log onto  www. gofundme.com and look for the Heidi's Happy Feet page.