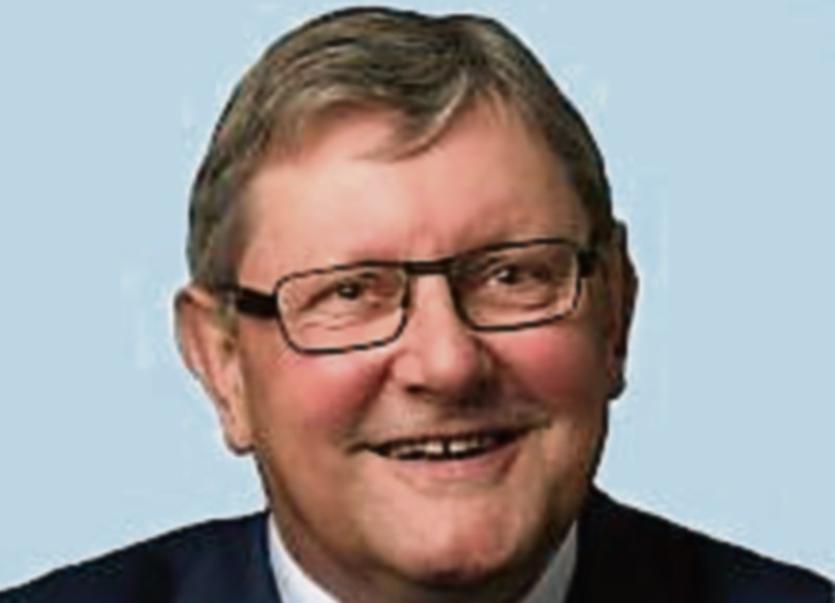 Tipperary Cashel Cahir municipal district has €248,733 extra to spend as a result of approving a 10% increase in the local property tax (LPT), and councillors who voted against the increase can’t now take credit for projects that will benefit from the funding boost, maintained Cllr Michael Fitzgerald at this month’s meeting.

The LPT meeting in Clonmel had been “contentious”, and Councillors who voted to raise the LPT had been portrayed as the “bad guys” and came under pressure on social media, he said.

“Nobody wants to raise the LPT on anyone, but facts are facts,” he said. “But today we have the fruits of that €250,000. It’s to spend on people in this area. That has to be acknowledged. You will not see that on social media.”

The Canon Hayes Recreation Centre in Tipperary town is in “serious” financial trouble. “We are losing the battle to keep the Canon Hayes complex open.” Management have had “sleepless nights”, between electricity and insurance costs. The local authority has been able to give the center €12,000, and they are looking at EU and other funding sources.

“I cannot emphasise enough how much the loss of the Canon Hayes would be to this town,” said Cllr Fitzgerald, citing how the Munster team, and an international basketball competition, were hosted there.

“The whole furniture of the place is not good enough for a modern sports complex. I appreciate democracy, but what I don’t appreciate is being blamed for increasing the property tax, and the value it brings to the town.”

“I know when tough decisions have to be made,” said Cllr Fitzgerald. “Unfortunately, people find it impossible to vote for it, but they like to take credit.”

Cllr Annmarie Ryan Shiner said she voted against it. While “tough decisions” have to be made, they should have started charging larger businesses to keep the town going.

The Council should re-examine the system of commercial waivers, with a view to collecting funds instead of increasing the LPT, suggested Cllr Ryan.

Director of Services, Pat Slattery, rejected the “impression that large rate payers are not paying their way”.

“We have to work together as members around this table.” Councillors “should be ashamed of voting against the LPT while now taking credit. We did what was in the best interests - I started getting abuse before I had even got to the car park. Members on social media should be ashamed for putting peoples’ names on Facebook, just after voting for it,” she said.

“I never put it on Facebook,” said Cllr Shiner.

“I shared it on Facebook,” said Cllr Tony Black. “I am entitled to share it. We live in an open democracy. We are opening old wounds.” There are other means of increasing income. “I would like to defend my position,” said Cllr Black. “We should not be worried about what’s going up on social media.”

Cllr Micheál Anglim said there is “not the man or woman yet who has been born that can put up with that rubbish” on social media.

He knew one woman who, once it was explained to her what the LPT money would be used for - on roads and footpaths in her estate - came to welcome the increase.

However, “people typing away at Council meetings, into social media: I have nothing in common with that person,” said Cllr Anglim.

The Tipperary town task force will benefit by €60,000 from the LPT increase, said Cllr Roger Kennedy, both directly by €30,000 from the local authority, and €30,000 that will be matched from central funding. This latter fund would not have been approved if the LPT had not been increased, said Cllr Roger Kennedy. “That’s why tough decisions are made. We are glad to allocate it to Tipperary town.”

Cllr Declan Burgess said, “this is why I am in politics. Politics has to deliver for communities. We are getting slack for voting for the LPT. I want to take responsibility for that.” It means more funds for roads, festivals, community groups. “This is massive,” said Cllr Burgess. “We are all entitled to vote, but I hope the people who did not vote for the LPT take credit for it.”

Cllr Marie Murphy listed the projects and achievements of the LPT funds. “All of that is good news. Around this table, if we do not respect each other, how can we expect the general public to respect us?”

Cllr Andy Moloney said he doesn’t make “political statements on social media.” “I don’t agree with all the attacks on it. We have different takes on the property tax. I struggled to pay for my house.” Cllr Moloney said central funding was cut due to the abolition of the Town Councils.

“Unfortunately Tipperary has some of the longest roads. I think we are not being served by successive governments. I think money should be distributed from the bigger councils,” he said.

Tipperary is subsidised by €16.5m from bigger councils, countered Cllr Fitzgerald. “That’s something you can’t scoff at either,” he said.

“You are being selective,” responded Cllr Moloney. “Money has been lost from the Town Councils. We are being cut from the top.”

There has been a “77%” increase in roads funding for Tipperary in recent years, replied Cllr Marie Murphy.

Cllr John Crosse said he would not support a suggestion that they look for money from landlords in relation to vacant sites. “Retail has changed forever. We should be more innovative.”