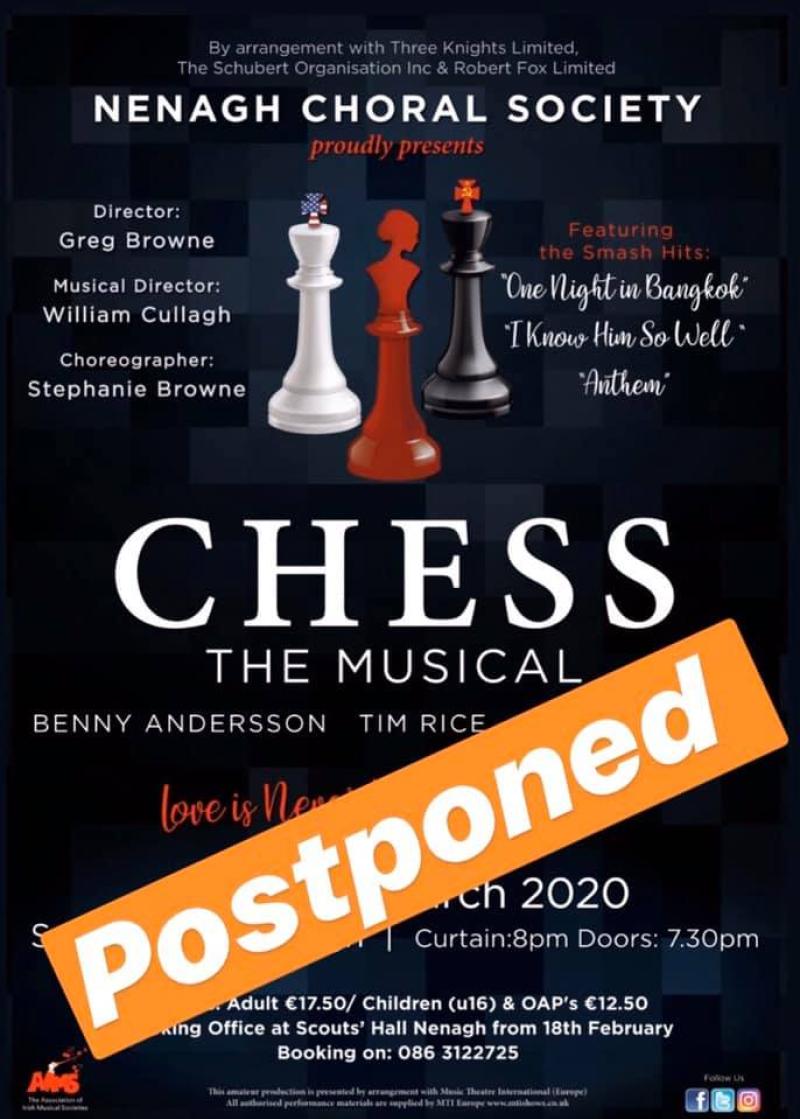 The upcoming production of Chess by Nenagh Choral Society in the Scouts Hall has been postponed.

The show, which was due to start its run from March 24, will be staged at a later date.

The society said that it had taken the decision with “deep regret” but it had been taken in light of the Government, HSE and AIMS guidelines.

While they intend to have the curtain up at the earliest possible time, the society envisages a delay of several weeks.

“We wish to thank our patrons to date and the public who have or had intended to buy tickets. We will refund ticketholders should our new dates not suit,” they said.

In true theatrical style, we wish to state that the show will go on - but at a later date, they said.

The Scouts Hall also said that it regretted to say that Bingo on Wednesday night is also postponed until further notice.