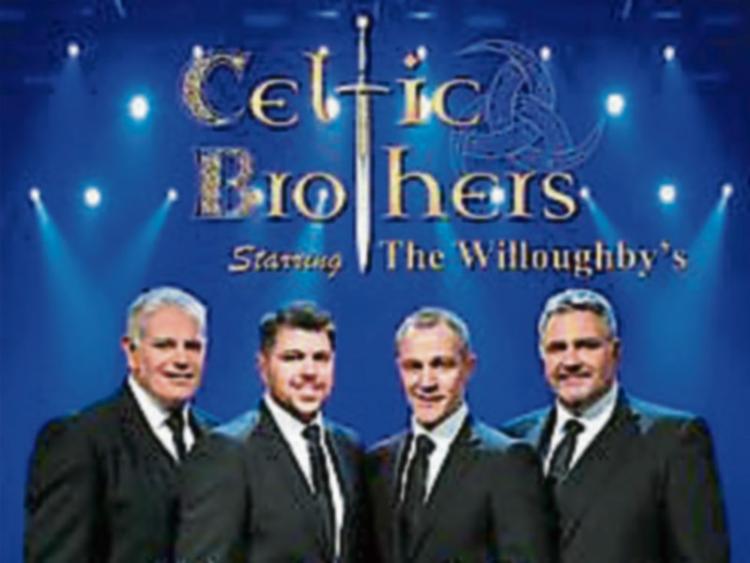 Please note that both these cocnerts due to take place in Brú Ború on Friday, April 3 and Saturday, April 4, have now been cancelled.

This is as a direct result of the national directive issued by the government in relation to Covid-19 crisis.

Arrangements are in place to refund tickets that have already been purchased. Details of rescheduled dates and time will be publicised in due course and we regret any inconvenience caused by the decision to postpone these shows.

We look forward to having Celtic Brothers back with us in Brú Ború in the future.

All events at Brú Ború Heritage Centre in the near future have been either postponed to a future date or cancelled.

However, on October 3 later this year, by which time we hope the virus has passed, The Fureys are scheduled to make an appearance in Brú Ború.

Legends of Irish music and song The Fureys are renowned for their hit songs I Will Love You, When You Were Sweet 16, The Green Fields of France, The Old Man, Red Rose Café, From Clare To Here, Leaving Nancy and many more return for their ninth concert here in Brú Ború.

The Fureys have been entertaining audiences worldwide for 42 years, audiences that have included former Australian Prime Minister John Howard, Irish President Mary McAleese and the late Pope John Paul while Tony Blair has publicly stated his favourite peace song of all time is the Fureys’ Green Fields of France and President Michael D Higgins attended their last concert in National Concert Hall.