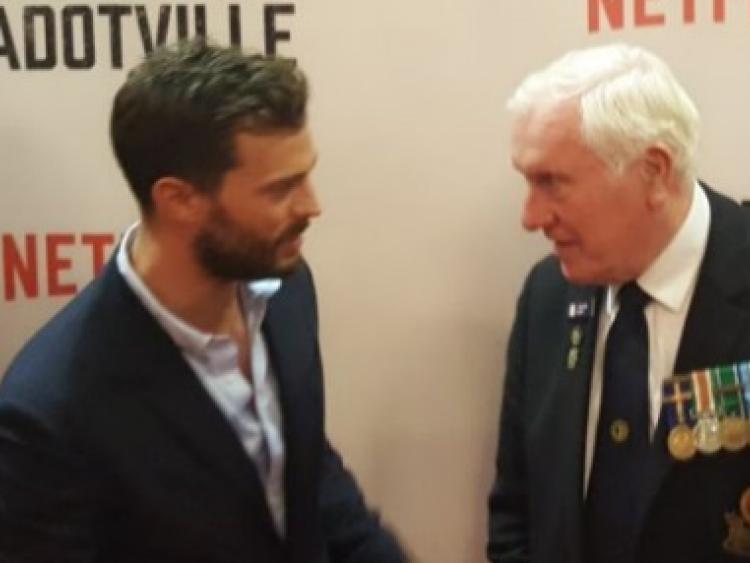 An eighty-two year old former soldier who served during the Siege of Jadotville says he owes his recovery from coronavirus to the kindness of the medical staff who treated him in Mullingar Hospital.

Mullinahone native Tom Gunn, who was awarded a presidential citation for his bravery following the 1961 UN intervention in Central Africa, says he initially experienced a “chesty cough” for two days unlike anything he’d ever felt before.

“It wasn’t an ordinary cough. There’s very little phlegm,” he says, describing how every time he tried to clear his throat it ‘cut him to the bone.’

“To the point it felt like it was burning,” he says.

As his health began to deteriorate, he was taken by ambulance to nearby Mullingar Hospital where he underwent tests for Covid-19. When his results came back positive, he compares the experience to a “kick in the face.”

“To hear I had tested positive was like a death sentence at my age but the kindness and professionalism from the nurses spurred me on. I decided then that death wasn’t an option.”

Throughout his stay in hospital, Tom says the dedication and care by frontline staff gave him the resilience to battle the coronavirus head on.

While on the isolation ward, Tom’s army training quickly kicked into gear as he developed a strenuous breathing system to help clear his lungs while confined to his hospital bed.

“I would pull myself up and hold onto the railings and take seven or eight deep breaths. I’d do that a couple of times a day,” he explains.

“The whole experience reminded me of Jadotville but at least then I could see the enemy,” he says.

Thankfully Tom’s condition began to improve and after two weeks he was discharged from the hospital where he was reunited with his beloved sidekick, Penny the dog.

“I’m staying away from people now, isolating, but my family come to the window and I’ve plenty people ringing me,” he adds, revealing his other secret weapon in the fight against Covid-19.

“I’d a big Tipp hurley beside me ready to fight off the grim reaper if he came close,” jokes the proud Kilvemnon, Mullinahone man.

Tom is also keen to urge anyone disregarding social distancing measures to “show a bit of respect.”

“This is a strange time we’re living in but keeping your distance is not a heavy load to bear if it means saving the lives of those around you.”

“You really only appreciate what you have and the beauty around you when you're put in my situation,” he says.

In 1961, Gunn was part of a UN peacekeeping mission to the Congo when his Battalion was attacked by a force of more than 3,000 soldiers. Their ordeal was made into a Netflix film in 2016.