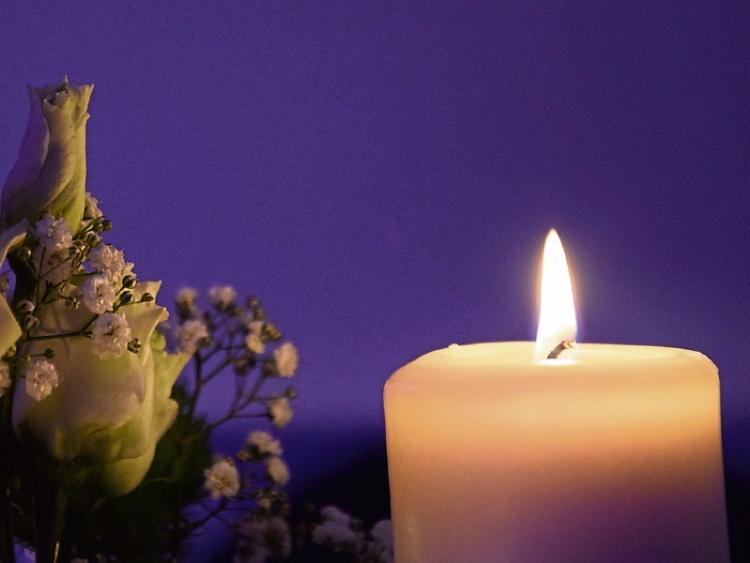 A dark shroud of sadness once again descended on our community on the evening of Monday, May 4 when the news slowly filtered through that after a battle borne with great dignity and courage, a great neighbour, a great friend and one of life’s gentlemen, Noel Ahearne had passed peacefully to his eternal reward in the care of staff at St. Theresa’s Hospital in Clogheen with his loving wife Yvonne by his side.

Noel's funeral Mass took place in Ballybacon Church on Thursday, May 7. The funeral cortege was met by a large number of members and players, past and present of Ballybacon/Grange GAA Club where a guard of honour was provided to Ballybacon Church and following Mass escorted Noel as he began his final journey to Fourmilewater Cemetery.

Fr Bobby Power was the main celebrant assisted by Fr Garret Desmond, PP Newcastle where, due to the Covid-19 pandemic only family were allowed into the church. Outside, a large crowd remained silent and mournful while Noel's all too short life was celebrated. Symbols bought to the altar by Noels children, Sarah, Emma, Jessie and Louis and his nephew Jack included a golf club and picture of his golf team, a hurley, a Tipperary hoodie, a model race car, barbeque tools and a model caravan.

Noel was born on Christmas Day, 1978. He was the youngest of 6 children born to the late Tom and Kitt Ahearne. He was baby of the house, as his brother Stephen explained during his eulogy, and was reared in the centre of Goatenbridge where the family owned and ran the local shop for many years.  He attended Ardfinnan National School and Cahir Technical & Vocational School. His first step into employment was driving tractor with Ned & PJ Shine in Ardfinnan.  He gave some time in Oakpark Foods in Cahir and when his mother and father retired from their bread run, Noel took over the run for a period. He then began work in Pinewood, Ballymacarby where Stephen explained, he was christened with the nickname “Newman”. Noel would continue to work in Pinewood for 19 years before taking up employment in 2019 at Merck Sharp and Dohme.

About ten and half years ago, Noel met the love of his life and future wife Yvonne Byrne where along with Sarah and Emma they would welcome in 2014 Jessie and 2017 little Louis.  Their family life continued lovingly together in Ballymacarbry. Sport was one of Noel's biggest hobbies. He played in goal for Ballybacon/Grange Hurling Club for many years. He played golf with and in Cahir Park Golf Club, winning many prizes including 2009 Golfer of the year, the President's Prize the same year. In recognition of this and his love of the game, members of Cahir Park Golf Club also afforded Noel a guard of honour at his funeral.

He loved car rallying and attended many rallies throughout the country with his many friends. His love of the game of hurling came to the fore when supporting the Blue and Gold of Tipperary each year attending matches without fail. A model caravan was brought to the altar, which signified the many holidays and trips the family took together each year throughout the country.

Following the conclusion of Mass, Noel's remains was brought to visit his father and mother’s grave in the New Cemetery in Ballybacon where, only a few short weeks ago his dad Tom was laid to rest beside his mother Kitt.

Words remain hard to come by when, in the prime of life and with a whole future of possibilities and memories ahead, a young man, a gentleman as Noel was, would be taken from his loving family so young.

The high esteem Noel was held in was borne out by the large circle of friends both he and Yvonne had; the support that we know they have given and will continue to give to Yvonne and the whole family.  Ias a mark of sympathy, solidarity and support for Noel'ss family; neighbours, friends, worka dn sports colleagues lined the route from Ballybacon Church to Fourmilewater Cemetery where Noel was laid to rest. They stood in silence and remembrance in front of their homes, at the various junctions and villages and in Goatenbridge village. The cortege paused one last time to give the large gathering of neighbours and friends the opportunity to bid farewell and show support to Noel's family at this sad time.