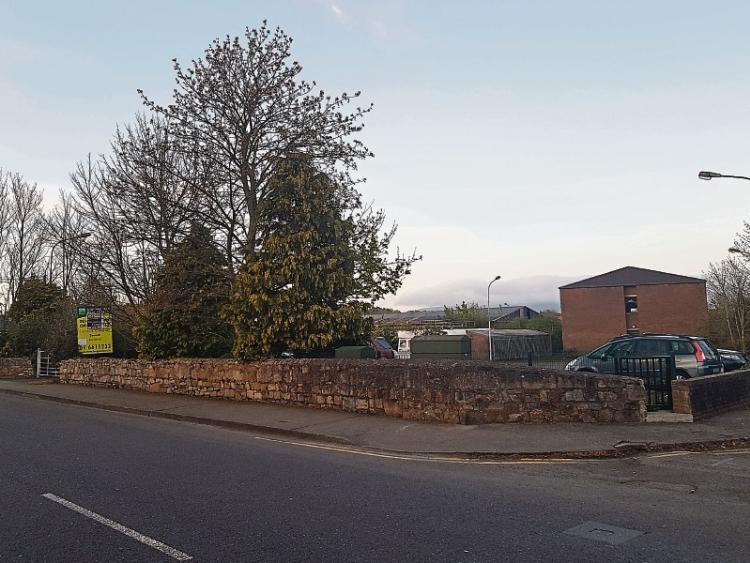 A new planning application for the former Eircom site on Clonmel's Thomas Street is seeking permission to build close to double the number of dwellings of a previous proposal for the land that was  rejected by An Bord Pleanala last year on the grounds the housing density was too low.

Rocksprings Developments Limited's latest planning application proposes the demolition of existing buildings on the 1.67 hectacre site and construction of 60 dwellings.

They would comprise 20 apartments in two blocks of three storeys in height and 40 houses in ten two-storey blocks.

The application proposes the new housing estate would use the existing entrance from the public road.

The Limerick based company lodged the application with Tipperary Co. Council on March 19 just six months after An Bord Pleanala controversially refused planning permission for its  application seeking permission to build 35 houses on the same site.

It was one of three significant housing estate projects planned for Clonmel that have been rejected by An Bord Pleanala on the grounds the density of housing wasn't high enough.

An Bord Pleanala's decisions in this Thomas Street case and in relation to housing  estates  proposed for the Cahir Road and Meadowlands was criticised by Clonmel Borough District councillors at their monthly meeting in January.

Cllr Pat English, who is now Mayor of Clonmel, expressed concern at that meeting that ghettoes would be created in Clonmel  by housing developments with too many houses and insufficient public spaces.

Tipperary Co. Council was originally due to decide on Rocksprings Development's new application for 60 dwellings at its Thomas Street site on May 13 but the processing of the application along with all other planning applications was put on hold between March 29 and April 23 due to the Covid-19 pandemic lockdown.

The Council has now extended the closing date for submissions on this  planning application    to June 17.

So far, the Council has received two submissions from Irish Rail and Peter and Ann Morrissey from Thomas Street.

Mr Morrissey was one of the appellants to the grant of permission for the previous Rocksprings Developments planning application for 35 homes.

According to the An Bord Pleanala Inspectors report on the case, the grounds of his appeal concerned the developers' plan to relocate the entrance to the site close to a number of existing vehicular entrances, which he feared would have a detrimental impact on  the safe movement of cars and pedestrians

Peter and Ann Morrissey stress in their submission to Rocksprings Developments' new planning application that they do not object to the proposal in principle and suggest their concerns could be resolved through  the Council seeking further information on  the application.

Their concern is a three storey apartments/townhouses building will face Thomas Street directly opposite their home.

They contend the building is proposed too close to the existing front boundary wall and there will be insufficient space for a properly landscaped area.

They consider the three storey building acceptable in principle but argue it needs to be repositioned eastwards.

They suggest good size three-storey houses, possibly with car ports as their preferred solution for the Thomas Street frontage and propose a smaller number of more generously sized apartments as an alternative that would diversify the mix of the estate.

The Morrisseys also suggest  a reduction in the number of dwellings on the Thomas Street frontage could be balanced by an increase in dwellings elsewhere on the site.

Irish Rail's submission made several requests concerning the site's boundary with the rail line including that no development take place within 5m of the boundary lines; that the boundary's security be maintained and that lighting from the development not cause a glare that would impair train drivers' vision.

Tipperary Co. Council said its planning department will decide whether to approve, reject or seek further information on the Rocksprings Developments application three weeks after the June 17 deadline for submissions.