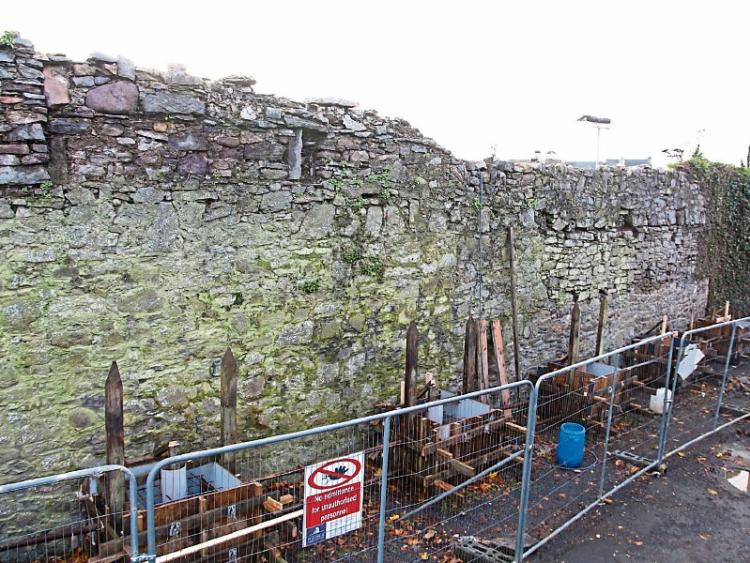 The Heritage Council has allocated €32,500 for more vital conservation works to be carried out on Carrick-on-Suir’s surviving Medieval town wall this summer.

The project will make  a surviving section of the wall located at the boundary of the Castle Field and Castleview Tennis Club structurally sound to ensure it survives for hundreds of more years.

It will be a continuation of the conservation works already carried out on this section of the ancient town walls over the past six years.

The news was welcomed by Carrick Cllr Kieran Bourke, who is a member of the Carrick-on-Suir Wall Towns Committee.

The FF councillor said the conservation works were necessary.

“People have come to me over the last few years saying you got x number of euros but we didn’t see a lot of work done.

“It’s very intricate work and slow work and in the broader context €32,000 isn't a lot of money (for this kind of project) but I welcome it.”

Carrick Municipal District engineer Willie Corby said there was a significant amount of issues with the section of the town wall earmarked for refurbishment. It may need to be propped up or taken down and rebuilt again.

“I am not sure what will happen yet. It depends on what the consultant thinks.”

Carrick-on-Suir became a member of the Irish Walled Towns Network about six years ago and the gradual restoration of the remains of the town’s defence wall in the years thanks to similar grants.

The town’s old walls date back to the early 14th century. The section located at the boundary of Castle Field and Castleview Tennis Club is the most significant.

Other surviving sections of the wall are to be found around New Street, at Town Wall Street at the back of Carrick Heritage Centre, the West Gate and next to Super Valu.