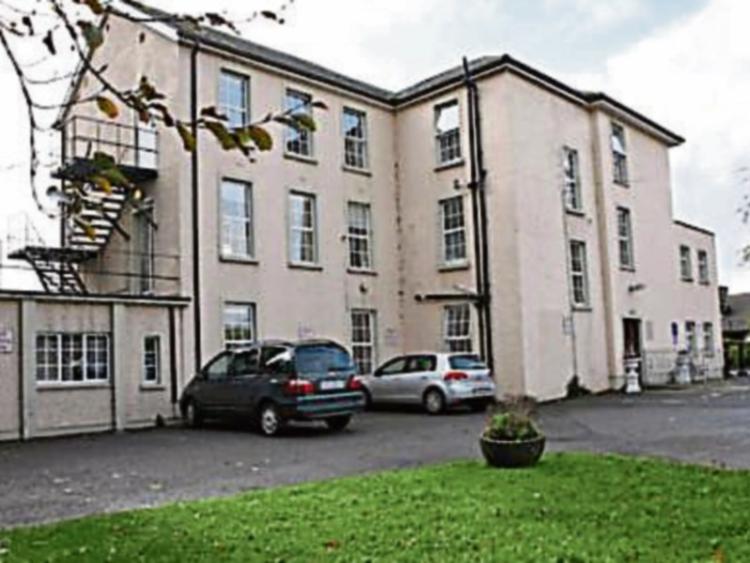 A protest calling for the speedy reopening of St Brigid's Hospital in Carrick-on-Suir will go ahead tomorrow (Saturday) afternoon despite the assurance given by Health Minister Simon Harris in the Dail on Wednesday that it will revert to its role as a community hospital after the Covid-19 crisis.

The protest is scheduled to start at the former Carrick-on-Suir Mart at 3pm and will proceed down the N24 to St Brigid's Hospital.

It's being organised by a loosely structured group of community activists. Among them are local Sinn Fein councillor David Dunne and Eddie Reade, the instigated the community campaign against drugs crime in Carrick-on-Suir nearly two years ago.

This will be their fourth protest march highlighting local people's concerns about the future of St Brigid's Hospital. Those concerns arose when St Brigid's was designated as a step-down care facility for recovering Covid-19 in April and its patients were moved to other HSE centres in the county.

Those concerns were heightened when the hospital was effectively closed after a few weeks because there weren't any Covid-19 patients requiring convalescence in the facility. This resulted in the hospital's staff being redeployed to other HSE facilities.

Cllr Dunne said they welcomed Minister Harris' comments in the Dail that St Brigid's will return to its previous use as community hospital but people in the town were concerned there was no time frame given for when this will happen.

He said the loss of the two palliative care beds when the hospital was redesignated has caused particular hardship for local families with loved ones requiring hospice care.

Cllr Dunne said one constituent contacted him because her brother, who is blind and aged in his 80s, is currently being cared for in Tipperary Town and she can't get up to see him. “We believe the hospice beds should be re-opened as a matter of urgency.”

Cllr Dunne added that while he believed Minister Harris when he said St Brigid's Hospital will revert to its former role, he is nervous about it remaining out of operation for months and ending up being closed permanently by the HSE due to budget cutbacks.

“I am very wary that promises can be broken. If it drags on a few months and the accountants get to look at it, they may say hang on we will keep it closed. “

He said now was the time to protest and highlight the great need for this district hospital in Carrick-on-Suir. “I don't want it to be said you did nothing to save St Brigids. It will be no good protesting when its gone. People are anxious and afraid they will lose another vital service especially when a lot of money was put into St Brigid's by the people of Carrick.”

Fianna Fail TD Jackie Cahill, who had pointed out to that the HSE's vague response to politicians queries about St Brigid's in recent weeks had led to uncertainty over its futures and the vacuum had been filled with rumour and fear.

“We don't need specific dates when it will reopen what we want is a committment that when the COVID crisis is over it will return to its previous use,” deputy Cahill appealed.

Minister Harris responded: “In relation to St Brigid's in Carrick-on-Suir, it will return to its previous use and as you (deputy Cahill) rightly and fairly say the timing of that obviously is in the context of the HSE's view in relation to the Covid situation.”

Deputy Cahill welcomed the Minister's response to his question. “I was happy to get the commitment. The people of Carrick-on-Suir have been extremely concerned about the hospital's future and I will be keeping an eye on it to ensure that commitment is honoured and that as soon as the Covid-19 crisis is over it will return to its normal activity.

The TD said he wasn't concerned that the Minister failed to give a time line for when St Brigid's will reopen. “They are being extremely cautious with Covid-19 and the possibility of a second wave of the virus. Once the commitment was given (that it will revert to its former role) I was content,” he told The Nationalist.

Carrick-on-Suir Cllr Kieran Bourke described the Minister Harris' response to Deputy Cahill's question about St Brigid's was “fantastic news” and paid tribute to the TD for persistently raising the issue with the Minister in recent weeks.

He said it was disappointing that a time frame wasn't given for St Brigid's to be re-opened as a community hospital but he understood why the HSE couldn't at this stage give a reopening date due to the danger of a second wave of the Covid-19 virus breaking out in this country.

“You only have to look at China which was free of Covid-19 for weeks and weeks and now it's starting up there again. I can understand where the HSE is coming from. While it's dreadful to see St Brigid's closed and nothing going on there, I can understand it. Hopefully it will be back up and running again as a community hospital in the not too distant future.”