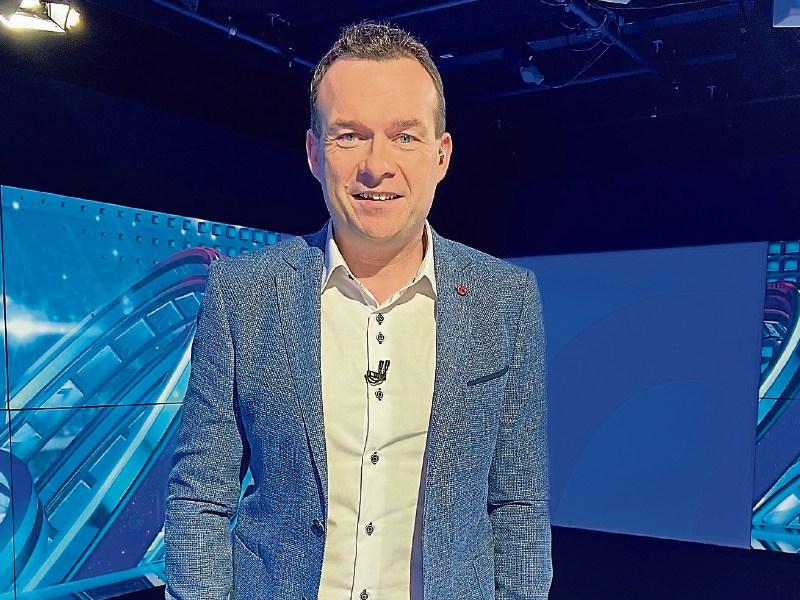 Damian Lawlor is a broadcaster with RTE Sport and seven-time author. He started his career with the Nenagh Guardian, Tipperary Star and Tipp FM before securing roles at the Irish Examiner, Irish Daily Star, Sunday Independent and Sky Sports. The Kilruane man has served as selector with the Tipperary under-17 and under-20 football teams in recent years.

Not to be too corny about it but anytime I’m home is a good time. Calling into my close friends and family and then a night out in Nenagh in the usual spots with the gang of lads I grew up with.

The craic is always the same. Getting the day off work to watch Kilruane hurl is brilliant, but in my line, with nearly every weekend taken up, it’s hard to get to see the lads as often as I would like. Leave aside the occasions, though - whether it’s socialising or matches - I’d say meeting the people you grew up with is the best part and would constitute a perfect day.

Apart from The 2 Johnnies, I don’t think there is any one definite answer to that question.

Just take my school days at Nenagh CBS, for instance. I went to school with the likes of Alan Kelly, Donie Ryan, Donnacha Ryan, Barry Everitt and Trevor Hogan. I’ve followed those lads closely and seen what they have achieved. Sadly, we have lost a few lads from my era and I know they would have achieved great things.

If I want to pinpoint anyone who has helped the GAA in Tipperary over the course of my lifetime, I don’t even have to look outside my own parish where there are a number of role models from the past and present, from Len Gaynor and Tom McLoughney to the current set-up where Niall O’Meara, Craig Morgan, Jerry Cahill, Cian Darcy and the O’Shea brothers are involved at the top.

There’s the legacy of the Naughton family in Irish athletics, Shane Long in soccer, and Alan Quinlan. Then look at music and see what Shane McGowan and, in her own unique way, the late Nora Butler achieved. Bernadette Flynn was dancing on a world stage with Lord of the Dance when she was just a kid and she was phenomenal. All these people have done remarkable things for our county.

But aside from having my own family, perhaps the proudest I ever felt was when Tipp won the 2001 All-Ireland and our friend and neighbour Mark O’Leary scored 2-1.

I met Mark on the field afterwards with his late father, Bob and had I scored the two goals myself, which would be extremely unlikely in any realm, I couldn’t have been any happier.

My late father coming in the door from work at Islandbawn Mill and running to him. Going to Kilruane NS. My mother driving us to play schools matches with about 23 in the car. And then the big step up with my late uncle, Liam Kennedy, to see Tipp play Munster Championship. Another memory would be dodging the bog, playing badminton in Kilruane Hall, and generally never having a care in the world.

I have plenty. Kilruane. Nenagh. Dromineer is a beautiful spot and I had also better mention the Rock of Cashel where my brother and his wife both work! Semple Stadium and Dr Morris Park, even though it’s usually Baltic when I am there, are two other places I love going.

The people and their generosity. I live in Naas with my wife and three children but I’m home all the time and on any given day in Nenagh, I’d always have a few jobs to attend to.

I might pop into Gus Butler’s for a haircut, JKC’s for a newspaper, Jim McLoughney’s menswear for some clothes for work, the HiB for lunch, Seamus Ryan in the Talbot Bar for a chat about hurling, Ger Gavin’s for a bit of furniture, or The Sportsman’s Dream for a top.

In these businesses are people who have looked after me and my family for years. As you move down the street you would meet friends, former classmates and most of the time the kids would come away with a bag of sweets, or a fiver in their hands. You wouldn’t get that everywhere.

I’d say everyone who has taken part in this series has mentioned Donal Ryan. Back in fifth year, Donie showed me snippets of his writing and it was way ahead of anything I’d ever read. I remember wondering was it too far ahead!

One piece he put together for "Summerhill", our school magazine, stood out. I don’t know what I said to him, but his writing was from another world. What he has achieved since is incredible. Even better, he’s as sound now as he was back then.

But there’s more – in my book, Vincent Hogan is the top sportswriter in Ireland and he’s from Nenagh too. We’re spoilt!

Keeping young people around. Keeping kids in sport. Getting more people to understand the importance of shopping local rather than going online or to bigger retail outlets.

I wouldn’t change much. The communities are strong, and people mostly look out for each other. There are obviously issues that face every county, but in general we’re in a good place.