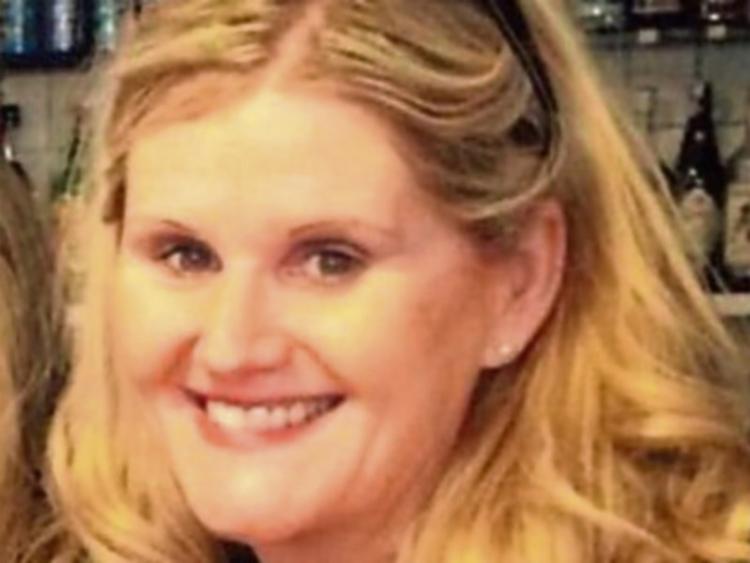 A Tipperary community said a moving farewell last week to a much loved wife and mother.

The death of Annette Hahessy, 52,  was greeted with profound sadness in Clerihan and farther afield.

Annette was first diagnosed with cancer in 2016 but met her illness with courage and fortitude.

She joined the Sea of Change choir, composed of cancer survivors, and caught the imagination of the entire country last year when the choir entered Ireland’s Got Talent and immediately got the golden buzzer to go through to the live semi-finals. Annette ran the Tiny Tots creche in Clerihan for almost twenty years and was hugely popular and well known in the community.

People lined the route from the church to the house on the day she came home and went to the church, all with social distancing.

Other members of the choir watched the Mass on a large screen in Lucan, Dublin  and over 1,500 viewed the Mass online. The  parish choir sang some of her favourite hymns.

A native of Dublin, Annette and George moved to Clerihan in 2000.

In a moving tribute at her Requeim Mass, Fr Michael Toomey said Annette knew no-one then - but that was all about to change.

He said: “And what an impact Annette and the Hahessy family made here. She opened up Tumble Tots, her pride and joy, from nothing in 2001 and babies and young children from there are now young adults remembering the great work Annette and the team did. Almost 500 children went through those doors over the years.

“Because of her warm, outgoing personality, Annette was the gel that got people to meet up and be introduced to each other. No one was ever a stranger around Annette. She gelled so many in this community together – but she perhaps never really realised that.

“With her singing and musical talents she shared in many a fundraiser and concert, entering every singing competition and event and was a member of the St Mary’s Choral Society.

“Some people when they have a cross to bear just give up. Not Annette.

“And she was  the type of person who, when she was given a severe blow in 2016 with the news that she had cancer,  she got up, dusted herself down and fought back.

“So, instead of just giving up, she took things up. She did her Level 8 degree. She joined the Sea of Change choir.

“She got a Golden buzzer on Ireland’s Got Talent. She broke a Guinness World Record – twice.

“And she brought so many people together. Her illness brought out the very best in her and others.

“The cancer brought out the absolute best in her, making everyone smile, making sure everyone around her, especially her family were coping okay, while dealing with her own issues and pain which she did with such grace and dignity.

“These days we have a saying, not all superheroes wear capes. Some of them are people like Annette.”

Fr Toomey paid tribute to the Sea of Change choir and the attitude of its members to their illness. Like with Annette, the attitude was what cancer cannot do, not what it can.

Fr Toomey described Annette’s four sons as her pride and joy and said she was always so proud of them.

And he thanked her husband George for bringing Annette into all their lives.

“You were a fantastic couple, a team, and you always will be,” he added.