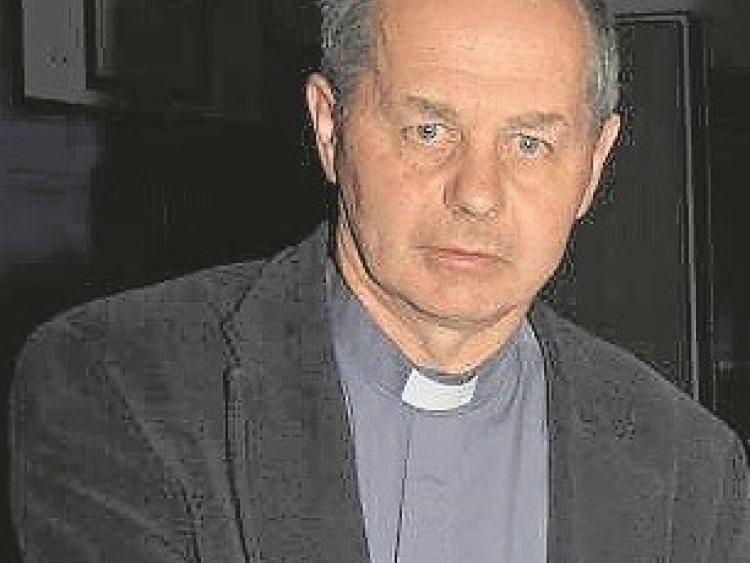 The Two-Mile-Borris native has been appointed by Pope Francis

There is great joy in mid Tipperary this morning following the wonderful new that the Holy Father Pope Francis has appointed Two-Mile-Borris native, Father Martin Hayes, as the new Bishop of Kilmore.

The very popular Fr Hayes, has in recent times, been overseeing the Listening Process in the Archdiocese of Cashel and Emly having served in many parishes since his ordination - in September 1983, Father Martin entered Saint Patrick’s College, Thurles, to study for the priesthood for the Archdiocese of Cashel & Emly.  Having completed a Certificate in Philosophical Studies and a Diploma in Theology he was ordained deacon on 4 April 1988, and to priesthood on 10 June 1989, by the Archbishop Dermot Clifford.

He told the congregation in Cavan Cathedral this morning that he is somewhat apprehensive about his appointment but pledged to do his utmost for the diocese.

"It has been a somewhat strange and exciting time for me in the past few weeks as I began to absorb that I was being asked to take on the responsibility of the pastoral care of the diocese of Kilmore.  It is a great honour and I am very conscious of the rich tradition of the faith of the people of Kilmore.  I am privileged to be chosen by Pope Francis and I feel very humbled.

"I would like to thank His Excellency, Archbishop Jude Thaddeus Okolo, the Papal Nuncio to Ireland, for his presence here this morning, leading us in the celebration of the Eucharist, as well as his kind support and detailed preparations for this announcement.  I have kept a journal in recent times and the word ‘unbelievable’ has emerged frequently and I have asked myself many times, “who am I to take on this role of pastoral leadership”?

"At times, I feel somewhat apprehensive of what is ahead and therefore, I stand here in real need of God’s help and your prayers.  I know the Lord has been with me in unexpected ways right throughout my life," he said.

Bishop-elect Martin Hayes was born in Borris (Newhill), Two-Mile-Borris, Thurles, Co Tipperary on 24 October 1959.  His late parents were Daniel and Mary Agnes (née Bowe), and Martin is the eldest of five sons and three daughters, one of whom died in infancy. His family are over-joyed at the news as are his brothers in priesthood and Archbishop Kieran O'Reilly, Archbishop of Cashel and Emly who appointed Fr Martin to the full time position of Director of Pastoral Planning & Development in the Archdiocese of Cashel & Emly.

Fr Martin left his post in Thurles and  took up residence at the Parochial House, Knockanrawley, Tipperary Town.  In conjunction with the Diocesan Pastoral Council, he co-ordinated the diocesan-wide ‘Listening Process’ with 46 parishes over 2017-18, alongside a ‘Listening to Priests’, commissioned by the Archdiocese.  And, in preparation for the 9th World Meeting of Families (WMOF) and the visit of Pope Francis to Ireland in 2018, Father Martin served as delegate for the diocese and this involved chairing its WMOF Diocesan Committee, organising a Diocesan Family Fun Day, producing a Family Prayer Booklet and co-ordinating diocesan liturgies.

After WMOF Father Martin’s focus returned to the diocesan consultation as the outcomes of both listening processes became the subject of ongoing discussion with priests and parish groups at ‘Gatherings of Parishes’ throughout 2019.  This has resulted in the establishment of necessary supports for priests and interim training for parish leadership groups.  A draft pastoral plan was formulated in spring 2020 and feedback is currently being processed with a view to implementing a Diocesan Pastoral Plan for parishes over the years 2020-2025.

The Diocese of Kilmore, to which Bishop Elect Fr Martin now moves, includes almost all of County Cavan and a portion of Counties Leitrim, Fermanagh, Meath and Sligo.  The diocese has a Catholic population of about 69,000 people, served by 51 priests, who minister in 35 parishes comprising 95 churches.  The patrons of the diocese are Saint Patrick, who is celebrated on 17 March, and Saint Felim on 9 August.