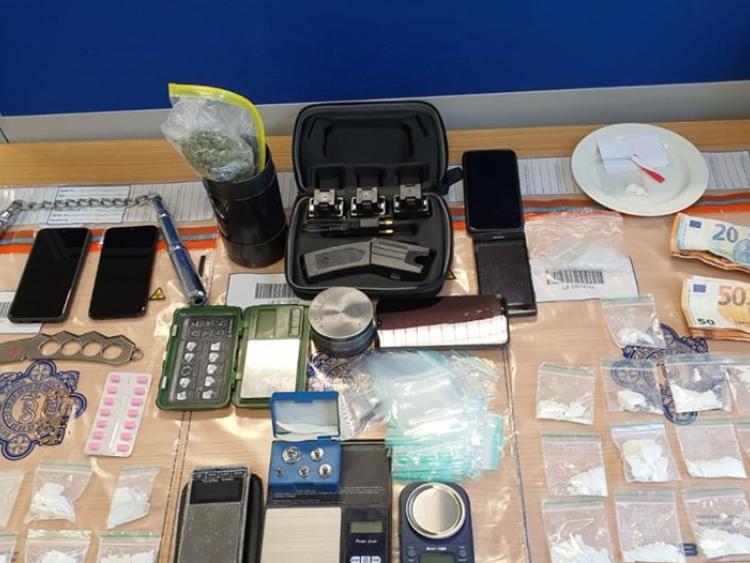 This afternoon, Tuesday, at approximately 2.30pm members from Clonmel Garda Station, assisted by the Regional Dog Unit, Henry Street, Limerick carried out a search at an address in Clonmel.

During the course of the search Gardaí recovered cocaine and cannabis with an estimated street value of €18,500 (analysis pending) along with €980 in cash, weighing scales, mobile phones and a number of offensive weapons, including a stun gun (examination pending).

Two men aged in their 30s were arrested and are currently detained under Section 2 of the Criminal Justice (Drug Trafficking) Act, 1996 at Clonmel Garda Station. They can be held for up to seven days.