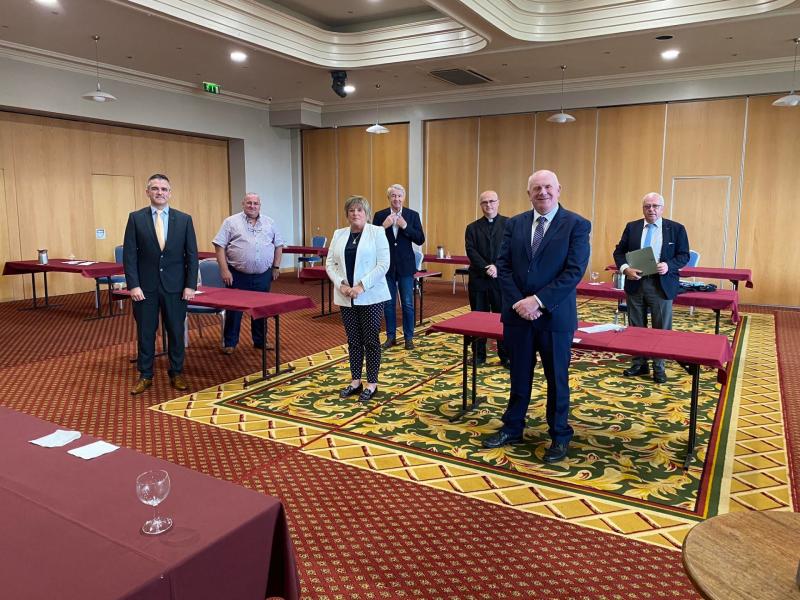 He told her that Tipperary was crying out for the reinstatement of acute psychiatric beds in Clonmel and that more resources in many other areas of mental health services were badly needed.

"At the meeting, I thanked Minister Butler for coming to Clonmel as one of her first visits since her appointment a few days ago, and I began by encouraging her to meet as soon as possible local volunteers and groups, including the Tipperary Fights for Mental Health Services, C-Saw, Suir River Rescue in Clonmel and Carrick-On-Suir, Carmha,  and other individuals and groups who are leading the way in offering support and who have raised concerns about the lack of mental health beds in Tipperary for many years now. Minister Butler gave a commitment to do so, and this initial meeting today was to get a sense of where we are at presently, and to gain as much information as to the crisis facing not just Tipperary, but the country as a whole," said Fr Toomey.

During the meeting Fr Toomey raised a number of issues with Minister Butler including the  Jigsaw project for young people which was due to begin in Thurles in March with outreach hubs in Clonmel and Nenagh.He also asked for an update on  the Grenville Mental Health Crisis House in Clonmel.

"One of the main points I and others raised, is the anger and disappointment which has been felt across the county in relation to the closure of St. Michael’s Hospital. In the past there was no money for beds to be reinstated in the hospital which was closed in 2012. Recently it had a €700,000 revamp to be able to cope in the event of a Covid-19 outbreak. While it is generally accepted that this was necessary at this time, it is also an opportunity to utilise this facility post Covid-19 to use this as a facility for returning mental health beds here, and I mentioned a letter Minister Butler received from Seamus Healy and Dr Alan Moore who have called for these discussions to now take place and to achieve what the people of Tipperary have been calling for since 2012," he said.

"Finally, I stated that while I appreciate and agree that everything should be done at community level to help people avoid the need for mental health beds, sadly this is not the reality, as the need is often greater than the resources available.  All the TD’s and the Senator present and the people in Tipperary as a whole have been crying out for the reinstatement of mental health beds. I also asked that a S.C.A.N. (Suicide Crisis Assessment Nurse) be considered in our hospitals, and that at the very least, a dedicated room could be allocated in our A&E departments for people dealing with a mental crisis, rather than left on a trolley adding to their anguish," concluded Fr Toomey.

Fr Toomey told Minister Butler that he looked forward to assisting her and others in any he can in improving mental health facilities in Clonmel and Tipperary which is so desperately needed.