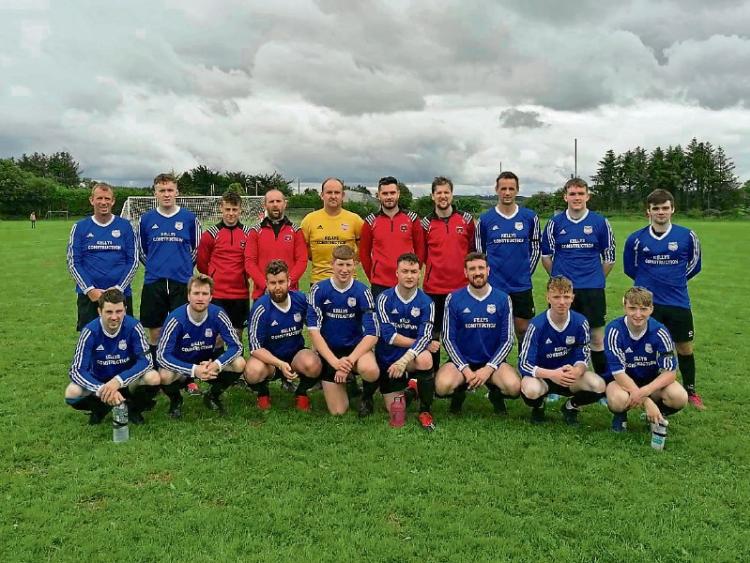 Members of a Ballingarry soccer club will strive to run 500km in a gruelling 24-hour marathon this weekend to raise funds for mental health charities Pieta House and Teac Tom.

Slieveardagh United FC’s 24-hour Mental Health Marathon will kick off at Ballingarry Community Sportsfield, The Commons at 6pm on Friday, July 24 and conclude at 6pm on Saturday. The fundraiser will also feature a dawn remembrance walk around the playing field.

Slieveardagh United’s treasurer Ricky Cashin, one of the event’s organisers, said 34 club players and former players have signed up to take part in the marathon.  “There will be at least one member of the club running at all times for the full 24-hours. We will have teams of three running for an hour at a time around the playing  field. We are looking to reach about 500km,” he explained.

Mr Cashin and his clubmates have been planning the marathon since March and chose Pieta House and the Kilkenny based Teac Tom as the beneficiaries of the fundraiser as mental health problems  affect everyone in some way.

Mr Cashin said the remembrance walk, inspired by Pieta House’s annual Darkness Into Light walk/run, starts at 4.30am on Saturday. The club is inviting local people to take part in the walk, which will cover a few laps of the sports field.

Weather permitting, the club will also host a barbecue and live music at the sports field between 12pm and 6pm on Saturday which the community is invited to attend. The Sheehan’s and Spike McCormack will be among the music acts performing at the event.

Mr Cashin said their initial fundraising target of €4,000 has already been surpassed with €6,000 collected to date. Slieveardagh United has set up an idonate account where donations can be lodged. You can access it through the club’s Facebook page and Twitter account. Donation buckets will be available at Ballingarry Community Sportsfield during the 24-hour marathon.

Mr Cashin said the club was delighted with the brilliant public support it has received for the fundraiser. He thank Ballingarry’s Daybreak Shop for donating €1,000 and Anthony and Margaret Pollard who donated €600.

He also paid tribute to Ballingarry Cllr Imelda Goldsboro for her great  support and promotion of the event.