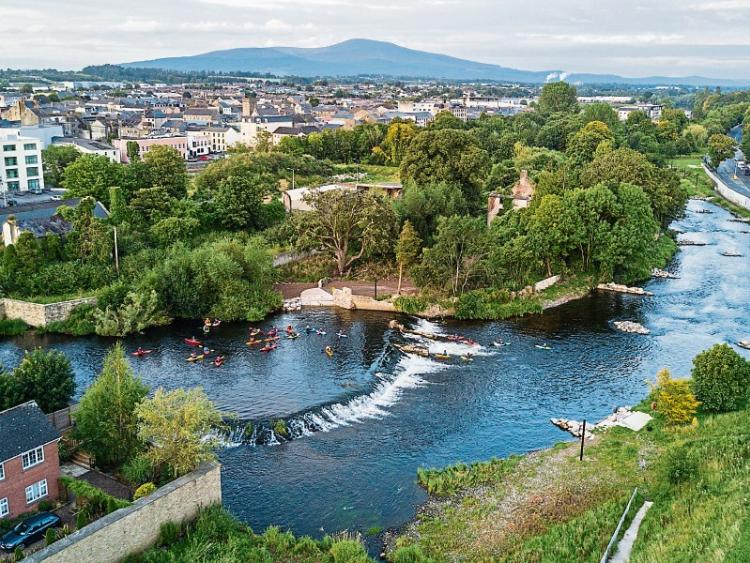 In outlining her priorities for the enhancement of the infrastructure of Clonmel,  newly-elected Mayor, Councillor Siobhán Ambrose, referred to the proposed re-development of Suir Island (report in July 16 issue of The Nationalist). She said: “We welcome the recent funding from the Department for the upgrading of Suir Island House and the Mill Race.”

While she did not expand on the proposed development, it is hoped that it will include work on the entire island and the creation of a public amenity in the woodland downstream area: a proposal on which the environment group Suircan has been campaigning for many years.

Suir Island has always been a very special area of Clonmel. It has featured significantly in the industrial, economic, architectural and social history of the town. Historically, we know that some form of milling was located there in the 1600s, and because of its access to water- power, probably long before that. It was, however, because of the changes in world markets, the enactment of the Corn Laws, combined with the remarkable entrepreneurship of the Quaker community in the town, that transformed the upstream western section of the Island into a great industrial centre in the late 18th and early 19th centuries.

It was during this time that the huge mills were constructed, the network of millraces were developed and some very attractive houses were built for the proprietors and managers. Now, only one of the smaller buildings, Hughes’ Mill (converted into apartments) and Suir Island House, remain. (Incidentally, this house which was regarded as so architecturally important that it was included as a “listed” building in the Town Plan, has now become near ruinous because of neglect and vandalism). The long downstream section of the Island was never subject to industrial development. It has always been a wooded area, regarded as the “green lung” of Clonmel.

In the pattern of the economy, times of booming prosperity inevitably give way to the troughs of recession. The Great Famine, the Repeal of the Corn Laws, the Civil War in America, world markets, all found an echo on Suir Island, resulting in the closure of the mills. Malcolmson’s Cotton Factory was the last of the great Quaker industries and it closed in the 1870s.

While the sources of substantial employment ceased, some rescue was at hand. Myers’ boot and shoe factory moved into a section of the industrial buildings, while The Condensed Milk Company of Ireland, founded by the Cleeve family (of Huguenot origins) and already well-established industrialists in Limerick, took over a very large mill formerly operated by the Grubbs.

This industry again thrived, with easy access to its main raw material, milk, from the farms in the town’s catchment. It would appear that the wages and conditions were good in the context of the time. The outbreak of the First World War facilitated expansion and major demands in the export of condensed milk and dairy products. Clonmel was again in economic boom-times.

But, of course, again, the inevitable happened. Post war the economy again went into recession and this time it was worldwide. The markets, both home and particularly export, all but disappeared. This coincided with the final years in the struggle for independence, culminating in the signing in December 1921 of the “Articles of Agreement for a Treaty Between Great Britain and Ireland,” and the adoption of the Treaty by a majority of the Irish people in the General Election of June 19, 1922. Meanwhile the Civil War was already brewing.

Almost coincidentally, there was trouble back on Suir Island. Claiming falling markets and difficulty with cash flow, the Condensed Milk Company sought to reduce the wages of the employees.

Clonmel was a town in which the Trades Unions were well organised, and while negotiations were still in train with the Company (though it is said making little progress), a section of the workers decided they would form a Soviet, take ownership and control of the industry. This they did in April, 1922. It is said that they first asked the manager to hand over the keys of the factory, and when he refused, they produced a gun and took possession. They then climbed onto the roof of the building from which they unfurled a large red flag. The Clonmel Soviet was launched.

A Soviet? Yes. The legacy of the Russian Revolution was now well on course throughout many European countries. World War I had already changed both geographical boundaries and political philosophies and created “new” countries. Workers’ Soviets were set up in many countries. These were experiments which had little success, and in the circumstances of the Clonmel Soviet it was an utter failure.

While there was some limited sympathy for the workers amongst a minority of citizens, this quickly evaporated when frustration in operating the business and paying wages and suppliers, led to acts of lawlessness and vandalism by some of the Sovieters. Churns of milk being delivered door to door were intercepted and emptied on the streets. Butter from other creameries was taken from shops and trodden on footpaths. And the locking of the Clonmel manager into a cold room, when on a visit to a branch in Mitchelstown, was the final straw. He might have died were it not for his ingenuity in keeping moving for several hours.

All of this again coincided with the Civil War, and the occupancy and eventual burning of Victoria Barracks (later Kickham Barracks) by the Anti-Treatyites. Rescue came for ordinary citizens on August 12, 1922, when the Free State Army arrived in town. Following what has been described as The Battle of Kilsheelan Street (now Davis Road) with the retreating Anti-Treatyites, the official army took possession of the smoking barracks.

Two days later, the army visited Suir Island and removed the Red Flag, but the memory of it endured for many decades amongst the citizens. Following negotiations, The Condensed Milk Company of Ireland, resumed business on a very limited scale. It closed in 1926. Sometime later the Clonmel and Newcastle Creamery moved into a section of the premises. It too ceased business in the final decades of the last century.

While a very large section of Suir Island has now been converted into a car park, it is hoped that the remaining “green lung” area will soon become an attractive, easily accessible amenity for the citizens: a tangible infrastructural enhancement, which the Mayor has included in her priorities for the town of Clonmel.