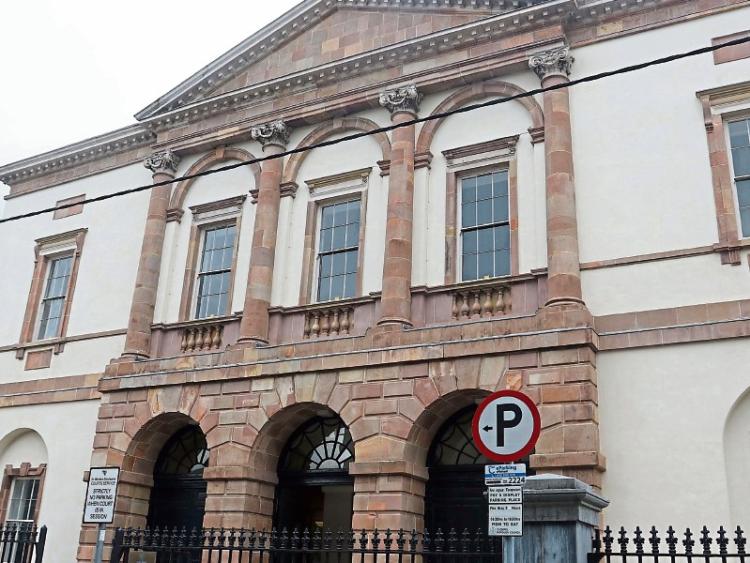 A 44-year-old Tipperary Town man has received an 18 month suspended jail term for punching and injuring a work colleague he met at a service station in Cahir in a dispute over alloy wheels.

Judge Patrick Meghan imposed this sentence on father-of-three Michael Looby of Springfields, Tipperary Town at Clonmel Circuit Criminal Court where he pleaded guilty to assaulting and harming Christopher Lambert in Cahir on April 23, 2018.

Mr Looby bought some new alloy wheels for his van and gave them to Mr Lambert on the agreement that he would pay €100 for them.

Mr Lambert decided not to keep them and on a number of occasions Mr Looby asked for the tyres back.

Mr Lambert said he would give them back but failed to do this.  Mr Looby met Mr Lambert at the forecourt of the service station on April 23, 2018 and an altercation took place.

It was alleged that Mr Looby went over to the vehicle Mr Lambert was sitting in with the passenger door open.

CCTV footage capturing most of the incident was shown to the court.

The court heard Mr Lambert suffered swelling over his right eye, minor abrasions over the left cheek, cuts to his lips and blurred vision for three to four weeks.

He was told he had mild cornea damage and has attended an eye specialist in Waterford.

He continued to have a black spot on his eye that affected his vision at night.

Mr Lambert also complained about ringing in his ears for five to six days after the assault and returned to the doctor complaining of severe headaches.

He also suffered from Post Traumatic Stress Disorder and depression.

When interviewed about the incident, Mr Looby admitted being involved in an altercation with Mr Lambert and hitting him. He said Mr Lambert verbally abused him.

Responding to questions from defence barrister Suzanne Gorey, Sgt Moloney confirmed Mr Looby and Mr Lambert’s meeting at the service station wasn’t premeditated. They “happened upon each other,” said the sergeant.

He also confirmed that Mr Looby expressed regret for his actions when interviewed by gardaí and hasn’t come to the attention of the gardaí since this incident.

The barrister also pointed out that Mr Looby spat at her client after being punched.

Mr Lambert’s victim impact statement  was read to the court by Sgt Moloney.

Mr Lambert described suffering dizzy spells and blurred vision following the assault. He suffered financial loss due to medical costs including the cost of attending an ear and eye specialist.

He said he was extremely outgoing and always looked at the bright side of things before this incident.

Since the assault, he felt nervous and anxious and meeting people was a struggle.

He felt drawn back from family and friends and his social life suffered.

He concluded that this had been an extremely difficult time for him and he required prescription medication for depression as he felt very low mentally.

Michael Looby went into the witness stand and apologised to Mr Lambert for his behaviour towards him. “I am sorry, it shouldn’t have happened,” he told the court and assured Mr Lambert he had nothing to fear from him in the future.

Ms Gorey explained Mr Looby’s family were in need of heating oil and were unable to purchase this. He needed this money (from Mr Lambert) to purchase the oil.

The probation service report on her client noted he was not long separated from his partner at the time this offence was committed.

It was a very stressful time and he felt under great strain and financial pressure.

Her client didn’t intend to assault Mr Lambert but overreacted when he became embroiled in an argument with him.

She argued her client was subjected to some provocation and CCTV footage showed there was some engagement between Mr Looby and Mr Lambert before the offence was committed.

Ms Gorey said Mr Looby had been worried and stressed about this court appearance, which weighed very heavily on him. She submitted the probation service report  couldn’t be more positive in relation to her client. It considered him to be at a  low risk of re-offending.

She argued that this incident was entirely out of character for Mr Looby and appealed to Judge Meghan to fully suspend whatever jail term he imposed on the grounds that incarcerating her client would be of no benefit to society.

She pointed out that Mr Looby’s financial means were very limited as they were at the time he committed the assault.

The barrister submitted to the court references for her client from Dalton’s in Cahir and Cllr John Crosse.

Judge Meghan said the aggravating circumstances in this case were the impact this incident had on the victim’s life.

There was no justification for this behaviour but he was satisfied the injuries inflicted on the victim were not intended.

He suspended the 18 months jail term he imposed on Mr Looby for three years in view of the mitigating factors including his plea of guilty, his apology, the fact there was some provocation and the financial pressure he was under at the time.

The judge suspended the sentence on condition Mr Looby keep the peace and be of good behaviour and stay away from Mr Lambert.