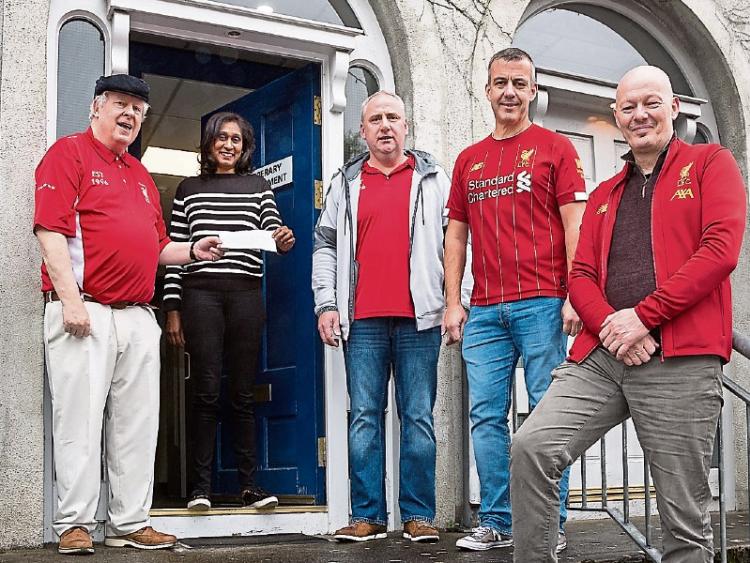 Clonmel-based Liverpool soccer supporters have celebrated the club’s Premier League title success by continuing to make a generous donation to a very worthy cause.

The Clonmel supporters club made its annual donation to South Tipperary Hospice on the back of the Anfield club securing its first top-flight English League championship in 30 years.

This year the supporters club presented Hospice with €1,050 - a gesture really appreciated by the charity.

“Most of the proceeds came from our annual score prediction competition,” says John O’Donoghue, chairman of the Clonmel Liverpool FC supporters club.

Honorary president Tony Brosnan organises the competition, based on each Liverpool match, with five points awarded for the correct score and two points for the correct result.

Entry to the competition costs just €10 for the season for the 80-90 members who take part.

Prizes are presented at Christmas and at the end of the season, with a percentage of the proceeds put aside for the annual donation to South Tipperary Hospice.

“Because this is such a special year for the club, extra money for the Hospice fund was donated by the supporters club itself,” says John O’Donoghue.

This included funds generated from a raffle for a special Hillsborough memorial canvas, donated by the Waterford Supporters Club; and the sale of new Clonmel club lapel pins.

The Clonmel club was established 25 years ago and has been based in Moran’s for the past 21 years, with members hoping to return there at some stage next season to meet and watch televised matches, as their team sets out to defend its title.