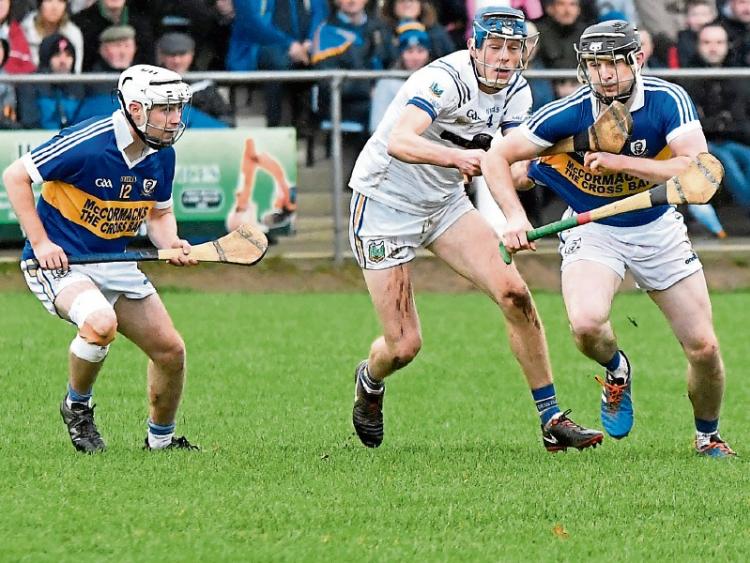 Sean Treacy's will hurling at senior once again next year having survived their first year back as this grade since promotion last season.

Ballingarry will be playing at intermediate level next year after losing their senior status when suffering a ten points defeat at the hands of Sean Treacy’s in the O’Riain Cup relegation play-off at Leahy Park, Cashel on Saturday.

The South Tipperary side can have no complaint about the outcome. They  played second fiddle to their West  opponents for much of an entertaining contest but fell away completely in the last quarter as Sean Treacy’s  outscored them 1-5 to 0-2 for a comfortable win that secured their senior status for next year.

Patrick Carey  turned in a masterful performance for Sean Treacy’s. He scored a massive 1-17 and more than anybody else  steered  Treacy’s to a victory which consolidates their senior status after having  been promoted as county intermediate champions last year.

By any measure it was a huge contribution but Sean  Treacy’s victory was fully deserved as all through they looked the more hungry for the action. Ballingarry did have their moments but they never really got a grip on the game and their fate was decided well before Sean Everard’s final whistle

It didn’t take  ‘The Treacys’ long to make an impression as after five minutes Carey was in the right spot to tap home to the net after  a handling error in the Ballingarry defence and it was that score mainly which separated the sides in an entertaining first half which was very competitive and full-blooded.

At the water break Sean  Treacy’s led 1-7 to 0-5, Dylan Walsh and Philip Ivors the main men for Ballingarry. Ballingarry did better in the second quarter.  Dylan Walsh netted a penalty for them after 21 minutes when Michael Ivors was fouled, and at the break they were only 1-11 to 1-13 adrift and very much in  contention.

Sean Treacy’s had the better of things on resuming and inside ten minutes had extended their advantage to five points, with Patrick Carey deadly accurate from frees and goalie Shane Stapleton also landing a long-range effort.

Then Philip Ivors, Ballingarry’s most dangerous forward, gave them a life-line with a goal in the 42nd minute but Sean Treacy’s quickly replied with three points to have a 1-22 to 2-15 lead at the second water break.

For all Sean Treacy’s superiority Ballingarry were still in the game but in the 53rd minute Jody Ryan settled the issue when he got on the end of another long-range free from Shane Stapleton to poke home Sean Treacy’s second goal and a 2-24 to 2-16 lead. That really was that as Sean Treacy’s saw out the remaining minutes secure in the knowledge that they will be operating at senior level again next year.

No question about it,  the best team won and while Patrick Carey stole the show scorewise, the contributions of Sean Hickey, Seanie Ryan, Brian Carey, and Patrick Deegan were also worthy of note, as was Shane Stapleton’s.

Disappointment for Ballingarry who drop down to intermediate level following this setback.  Their case was not helped by an injury to Sean Doheny after only four minutes and  their dismay was obvious after the game. No fault could be attached to Dylan Walsh, Conor Vaughan, Ger Fennelly, Patrick and Phulip Ivors who strove mightily to turn the tide.