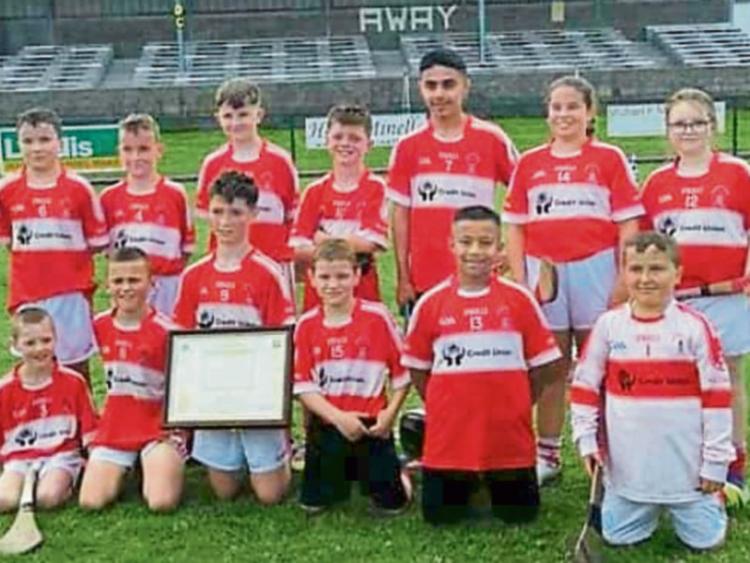 Carrick Davins U12 hurling team won a South title last week with the help of some star play from a young hurler from Bangladesh, who was declared Man of the Match after the final whistle.

Sultan Mahmud Sabbir scored a goal for the Davins during the team's U12B South final game against Kilsheelan at Clonmel Sportsfield on Sunday, August 30.

He is one of several children from the Bridgewater House Direct Provision Centre in Carrick-on-Suir who play GAA with the Davins Club.

Another key player on the team is fellow Bridgewater House resident Siyaabonga Sabandra, who is originally from Zimbabwe. He was unfortunately unable to play in the final due to illness.

“There has been a massive improvement in his hurling. He is one of our best players and scored a goal in the final which helped the team to win and he  also scored a goal in every  game they played.”

Willie credits Sultan’s skill with the hurley and sliothar to having played cricket in his homeland of Bangladesh where the sport is very popular.

“He is one of the best catchers of the ball I have seen. A lot of kids that age wouldn't have the skill to do that,” he said.

The Davins GAA Club has  welcomed children living at Bridgewater House since the residential centre for asylum seekers and refugees opened its doors at the former Mercy Convent Secondary School premises off  Main Street.

“One of the things we do every year is make it our business to go to Bridgwater House and look for  the children staying there to come and play with the club,” Willie explained. “I think the kids really enjoy it; they get to meet other kids and it helps to integrate them in the community.”

Bridgewater House community liaison officer Martina Walsh said it was great to see  Sultan and Siyaabonga enjoying hurling  and that they are among the U12 team's best players.

Martina thanked all at the Davins Club for the support they  give children living at Bridgewater House.