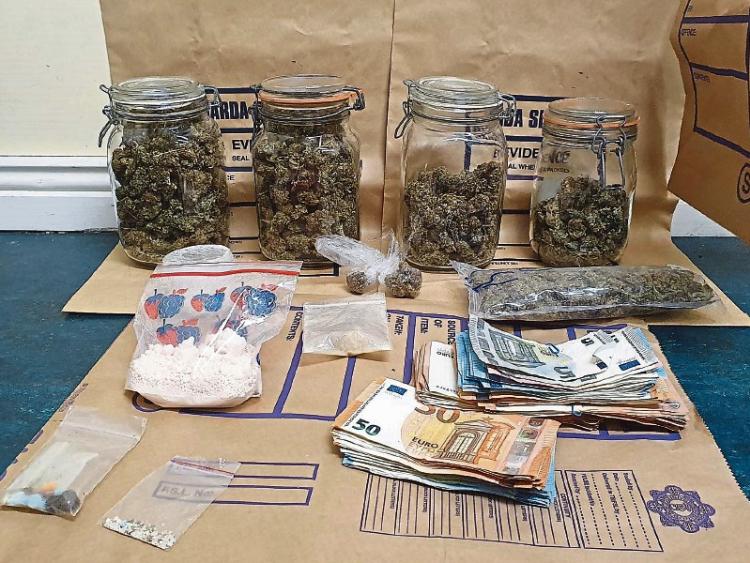 The suspected controlled drugs and cash seized by gardaí in a search of a property in Thurles yesterday (Friday, September 11)

Gardaí have seized approximately €21,500 in suspected controlled drugs and cash, and arrested one woman following a search at a property in Holycross.

Gardaí from the Tipperary Divisional Drugs Unit conducted the search at a residence in Holycross, Thurles at approximately 3.30pm yesterday Friday (September 11).

During the search, suspected cannabis, MDMA, amphetamine and cocaine were seized with an estimated value totalling €16,100 (subject to analysis). Cash to the value of €5,400 was also seized during the course of the operation.

A female, aged in her 30s, was arrested at the scene and taken to Templemore Garda Station where she was detained under Section 4 of the Criminal Justice Act, 1984. She has since been released without charge and a file is being prepared for the Director of Public Prosecutions in relation to this matter.