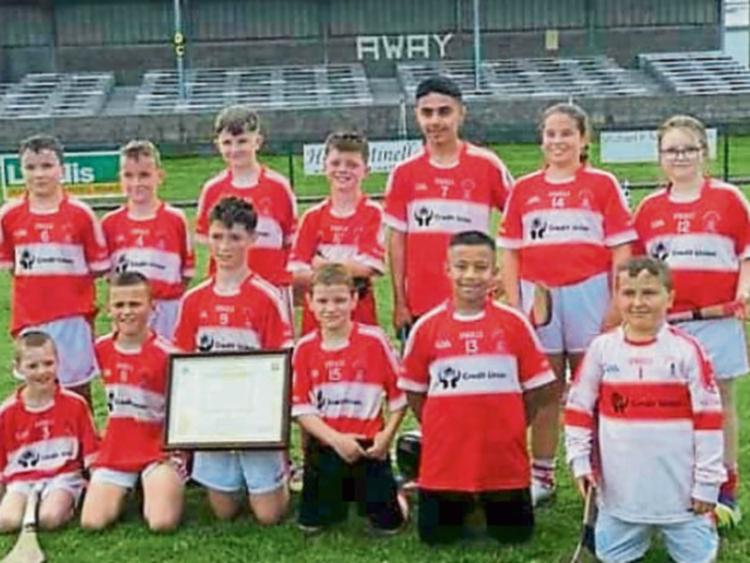 Carrick Davins U12 hurling team that recently won a South title. Sultan Mahmud Sabbir from Bangladesh is pictured in the front row second from right

The welcome Carrick Davins GAA Club has given to children living in Carrick-on-Suir’s direct provision centre is be featured on RTE news.

RTE’s report will also look at the Davin Club’s progression over the last number of years.

RTE’s interest in the club was sparked by a recent report published in The Nationalist newspaper and on www.TipperaryLive.ie  about how the club’s South championship winning U12 hurling team’s star player hails from Bangladesh.

Sultan Mahmud Sabbir, who lives at Bridgewater House, scored a goal for the Davins during the team's U12B South final game against Kilsheelan at Clonmel Sportsfield on Sunday, August 30 and was declared the Man of the Match afterwards.  He is one of several children from Bridgewater House playing hurling and football with the Davins Club.

The report is due to be broadcast on RTE News in the coming days. Davins Club members and fans should keep an eye the club’s Facebook page to find out when it will be broadcast.