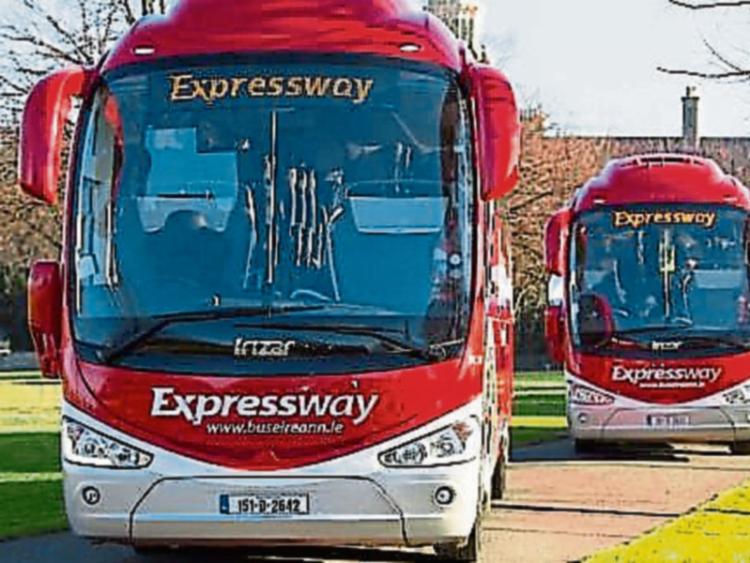 A Cashel councillor has been contacted by close to 100 college students   who are angry and concerned about Bus Éireann’s plan to axe its X8 Dublin to Cork service.

Fine Gael’s Cllr Declan Burgess highlighted the extent to which the only  bus service linking Cashel to Dublin and Cork is  used  and the public  opposition  to its closure at Tipperary County Council’s monthly meeting in Littleton on Monday.

The council is to write to Transport Minister Eamon Ryan calling for the retention of the X8  bus service  as well as the Dublin/Limerick Bus Éireann service that is also facing closure after councillors unanimously supported a motion requesting the local authority  make  this appeal.

“Fáilte Ireland and Tourism Ireland are trying to sell packages to tourists to come down the countryside and the only way is to have public transport through the X8 service,” he argued.

Cllr Moloney said people would be up in arms if the X8 service was reduced but it would still be better than having no bus service.

Cllr Burgess, who  seconded the motion,  condemned the plan to  axe the X8 service as “unacceptable”, “irresponsible” and a “disgrace”.

This bus service  is  a vital transport link between Cork and Dublin and smaller towns like Cashel and Cahir.

He  revealed he had been contacted by nearly 100 third level students from the Cashel area who use the X8 bus service to get to college in Cork and Dublin.

This bus service was even more important for these students  during the Covid-19  restrictions as many were working mostly from home and travelling to college just one or two days a week.

He said  the X8 service was also used by people from his area who need to attend medical appointments in Dublin and Cork.

And he agreed with Cllr Moloney that it was an important transport service for bringing  tourists to Cashel and Cahir.

“This is not a ‘use it or lose it’ situation.

“This is a busy service and it’s an unwarranted decision by Bus Éireann,” he pointed out.

“I have engaged with Bus Éireann and the Minister’s office. We can’t lose this service; it’s not good enough.”