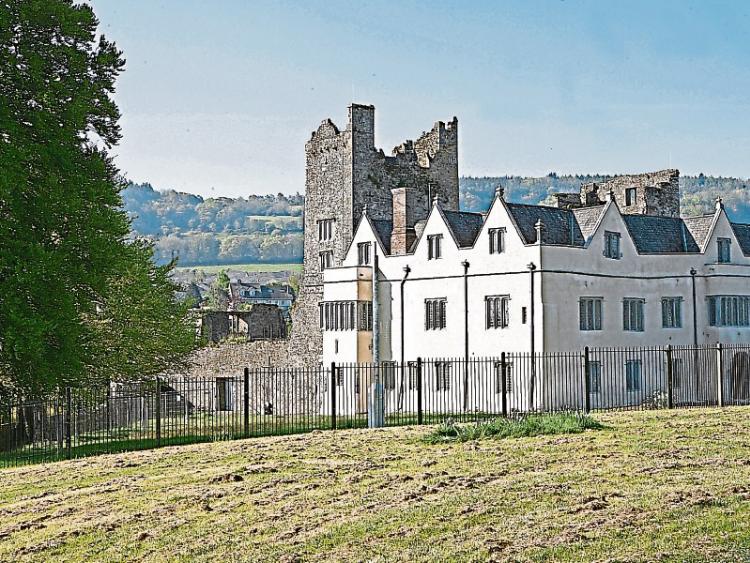 A meadow planted with native wildflower species, woodland of native trees and new walking paths are among the proposals     being considered  for an  enhancement scheme for Carrick-on-Suir’s Castle Park.

And the council is now seeking the public’s input into the design it is preparing for the Ecological and Amenity Enhancement plan for the  park located next to  Ormond Castle.

The council secured a €10,000 grant earlier this year to devise a design for the project and it has so far produced an “initial concept design”. It  can be viewed   on Tipperary County Council’s website.

The concept design pinpoints areas  where it’s proposed to locate a meadow featuring native wildflower species and informal mown and tarmac walking paths as well as a woodland area planted with native trees.

It also proposes an “edible landscape” section of the park planted with native nut and fruit trees and open amenity grassland  featuring timber benches. Seating, native hedging and  naturalistic paving are proposed for the park’s entrances and it’s also proposed to erect a water bottle refilling station at an entrance. An avenue of trees, feature lighting and the planting of flower bulbs is proposed along  a path through  the centre of the park.

Carrick-on-Suir Municipal District acting administrator Liz McGrath told the October meeting of the District’s councillors  that the council is inviting the public to make submissions and comments on the concept design for an initial  “informal” public consultation process.   The deadline  for receipt of    submissions is 4pm  Monday, November 9.

Ms McGrath said a formal public consultation process will take place when a  Part 8 planning application for the project is produced  in the new year.

She said the concept design placed a huge focus on  the park’s biodiversity and  she will be writing to stakeholders including  local schools, residents associations and community groups inviting them to give their views.

He noted that designing the park to improve its biodiversity was not to everyone’s liking because you  must leave some of it natural. Some people liked grass to be sharply cut.

“Overall people do understand we have to look after the wildlife. If it’s done properly, it will be nice,” he added.

Fellow Carrick-on-Suir Cllr Kieran Bourke (FF) said the concept design was lovely but the “million dollar question” was whether improvements to the park will be maintained properly.

He saw  roundabouts at road junctions planted with flowers and grass that looked terrible when they grew out of control because they weren’t maintained.

“My concern going forward is, can we maintain this lovely proposed design for the Castle Field. That will be a big concern among a lot of elderly residents.”

He complained trees marked for maintenance   two to three years ago  haven’t  been trimmed.

Ms McGrath said she didn’t see maintenance being an issue as Castle Park is already maintained.   But Cllr Bourke claimed the maintenance only amounted to a “quick lick”.

Ms McGrath responded that residents now have their chance to comment on the concept design  and she encouraged them to do so.

Once agreed, the plans for Castle Park will be used for funding applications to roll out the    enhancement project.