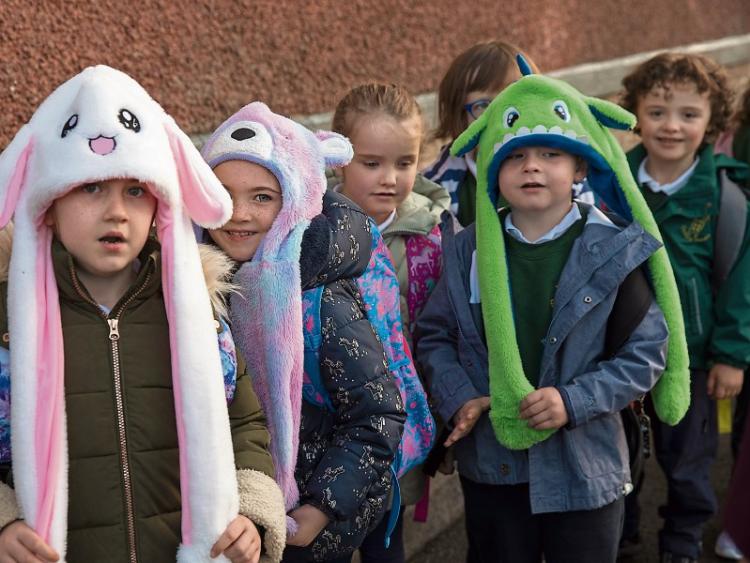 While many memorable days have been enjoyed in Gaelscoil Chluain Meala over the years, the school community was delighted to finally celebrate a day that everyone has looked forward to since the doors first opened to 45 pupils in 1994, when the school moved into its new extension in Upper Irishtown/Cantwell Street in Clonmel.

Seán Ó’Ciardha, chairperson of the board of management since the school’s foundation, said that the Gaelscoil had a long history of excellent education provision since 1994.

Every board of management, staff member and cohort of parents has had a role in achieving this outcome, he said. He thanked all businesses and people who had supported the school over the years.

He said that without the ongoing team effort of staff, parents and board members, the move to the new building would not have happened. 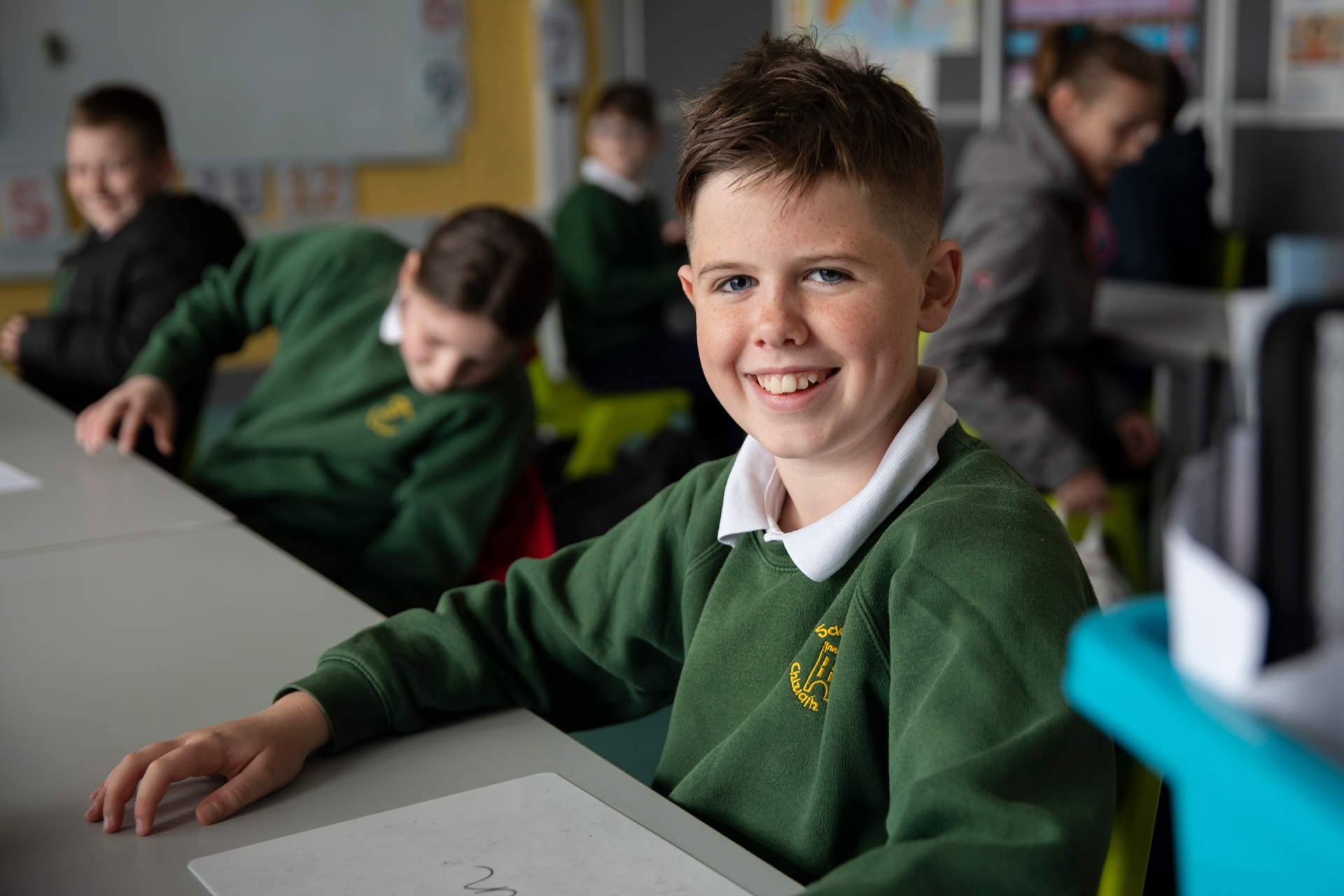 Above: Seán Mac Labhrainn, Rang 6, enjoyed his first day in his new classroom 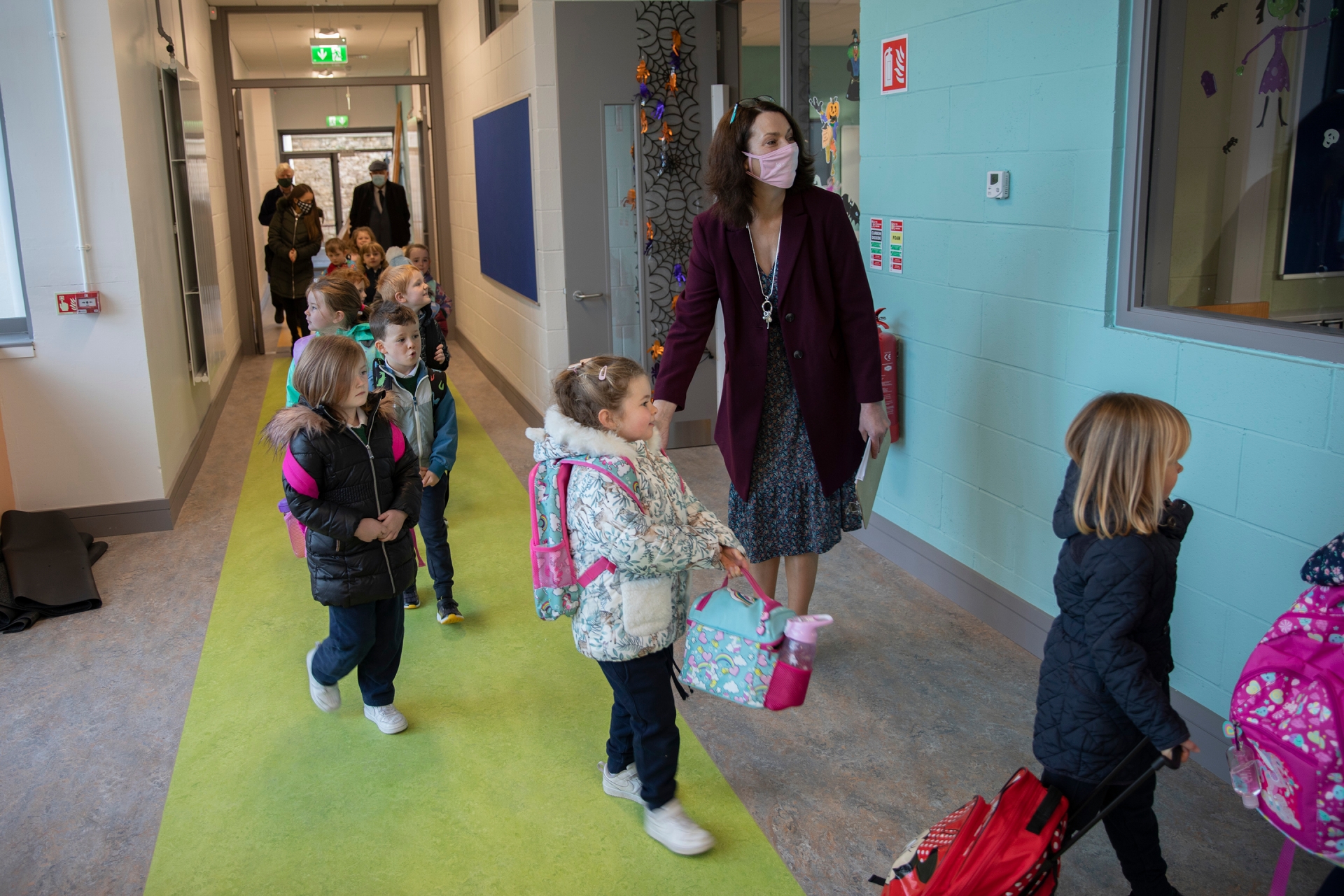 Above: The first junior infant class to see the new school is escorted by principal Karen Mhic Gearailt to their new classroom

The principal, Karen Mhic Gearailt, said that the new school is the realisation of many years of dreams, aspirations and hard work.

“There is great demand for Irish language immersion education and we are delighted that we can now offer a place to all who wish to avail of the opportunity.

“In the new extension, we have eight state of the art ensuite classrooms, as well as a multi-purpose room about which the children are really excited.”

This move to the new building is the first part of a two-phase project, with the provision of 16-classrooms on completion of the second phase by Tom O’Brien Construction Company Ltd. 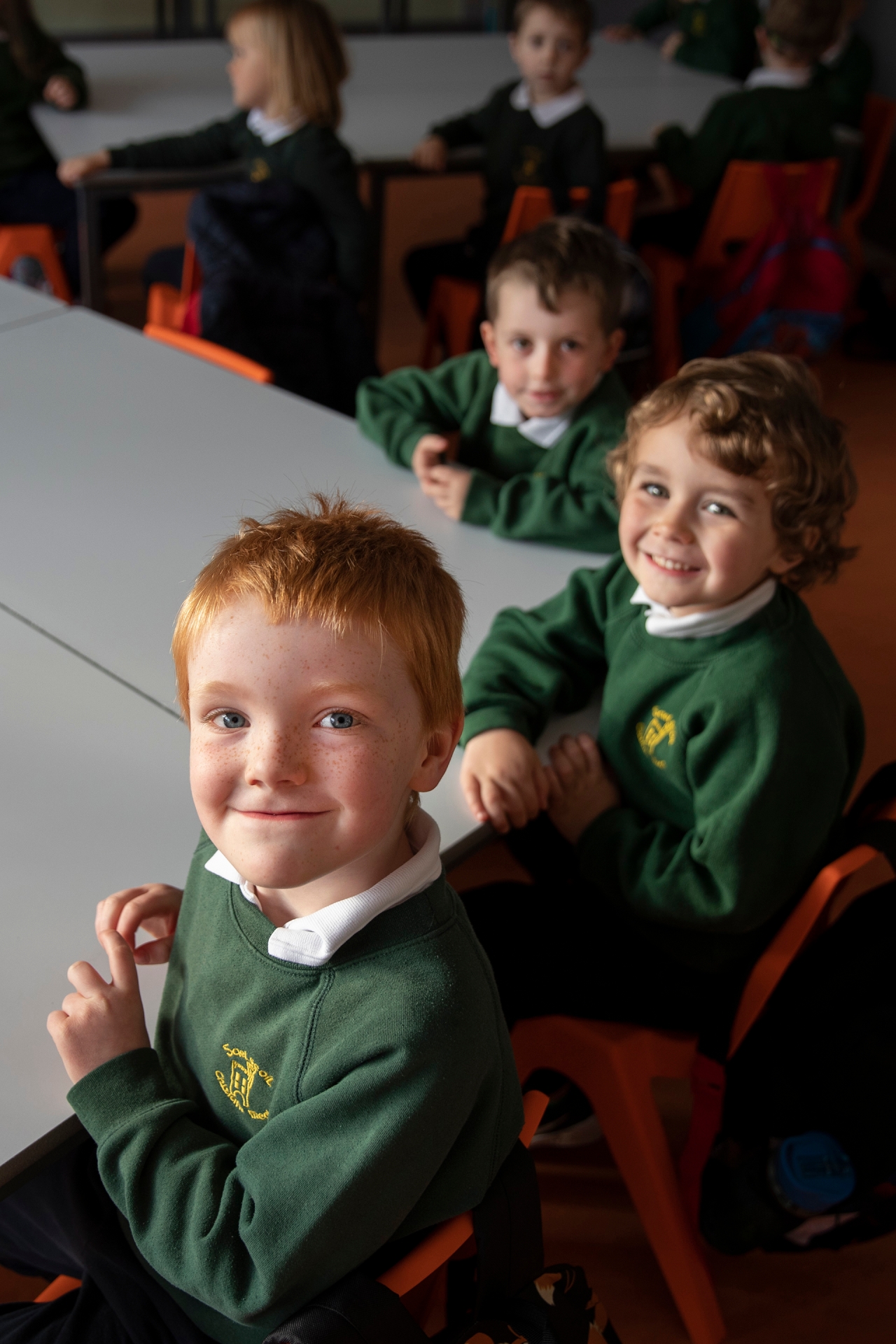 Members of the parents’ council thank Karen and all the staff for the tremendous effort that has gone into preparing for the return to school after lockdown, particularly in the context of the work and effort that was already ongoing in respect of the new building.

The children are very happy and the parents appreciate that it has been a very difficult environment in which to work. 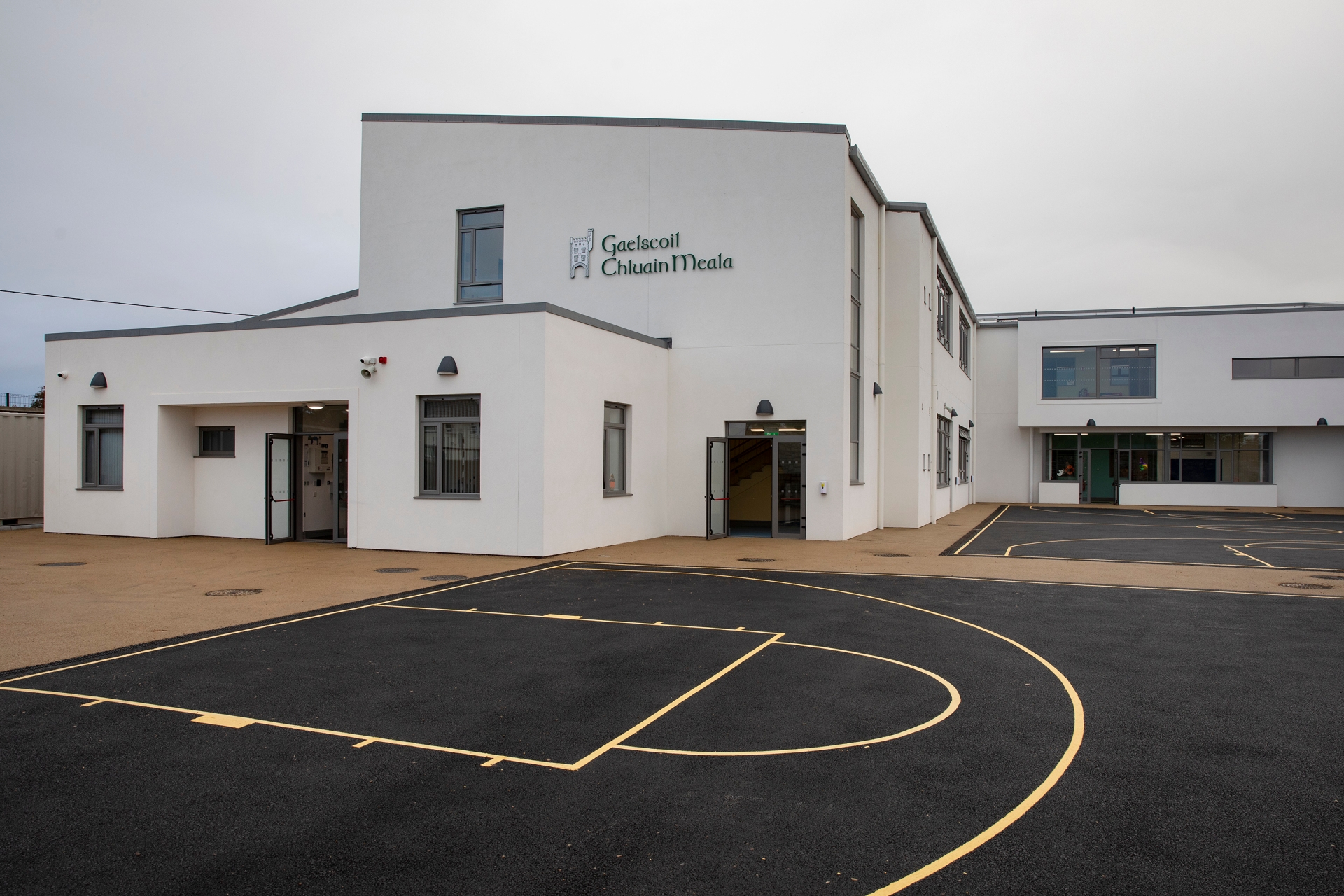 Above: The front of the new building in Cantwell Street, Clonmel

“The new school is fabulous and such an achievement in the current climate and we are so looking forward to this new chapter,” said Therese Walsh of the parents’ council.