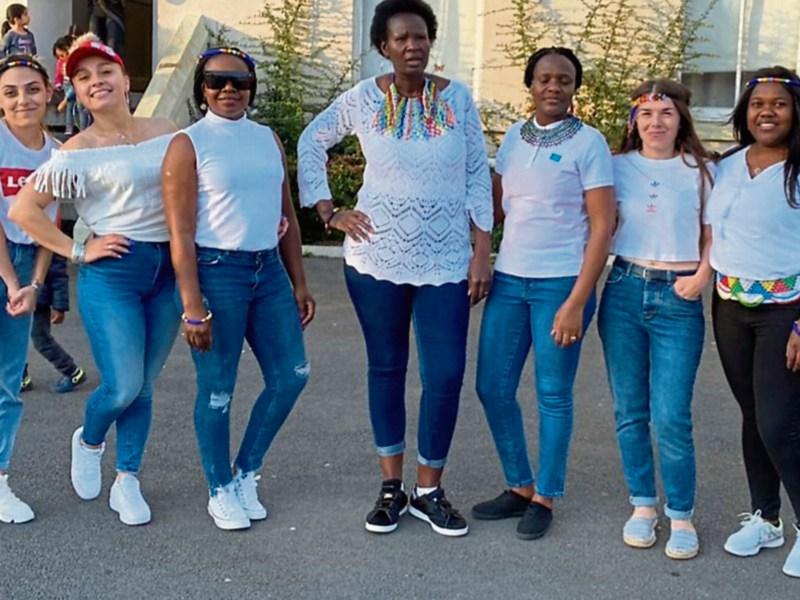 The dance was choreographed by Ketumetse Prudence Gaonwe from South Africa, who has lived  at Bridgewater House with her three sons for the past year.