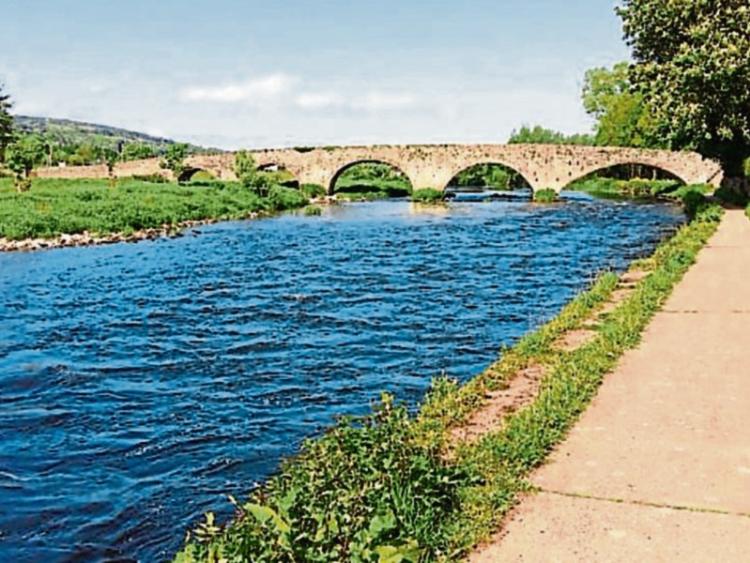 The Suir Blueway at Sir Thomas' Bridge near Clonmel

A Carrick-on-Suir councillor has appealed to cyclists on racing bikes not to travel at speed on the Suir Blueway after a cyclist ran into a pedestrian on the amenity route.

Cllr Kieran Bourke highlighted the incident at the monthly meeting of Carrick-on-Suir Municipal District’s councillors and stressed the Blueway was a leisure route not suited  for cyclists travelling at 40mph.

He said a pedestrian contacted him about an incident in which a cyclist  ran into them on the Blueway.

“They were cycling on a racing bike not just going on a leisure cycle.

“They were bombing it down the Blueway, areas of which are just one and a half metre wide.”

The Fianna Fail councillor acknowledged it wasn’t the council’s function to police the Blueway but he asked was there any measure the council could put in place to educate cyclists that if they want to cycle at 40mph don’t do it on the Blueway, do it on the road.

He added that both cyclists and walkers had a right to be on the Blueway but some didn’t respect others’ rights.

Fellow Carrick-on-Suir Cllr David Dunne agreed there were cyclists travelling too fast on the Blueway and recounted how one cyclist nearly went into the river only someone shouted to warn them they were going onto a boat slip.

On a separate issue, he asked the council to advise landowners who cut hedges along the Blueway to clean up the foliage that falls on the route as a number of cyclists’ bikes were punctured due to hedge cuttings.

Carrick-on-Suir Municipal District engineer Willie Corby said the council had erected signs in a number of places on the Blueway advising cyclists to keep to the left as councillors in Clonmel had wanted that highlighted.

Cyclists were also being advised to use a bell on their bike when travelling on the Blueway to warn pedestrians they were coming.

The Suir Blueway was a leisure route and it was very hard for the council to deal with  conflicts arising from individuals who think they own the place.

Mr Corby said the council couldn’t clamp down on the type of bikes used on the Blueway and it wasn’t possible to make laws.

“It’s a lovely route let’s appreciate what we have and let’s get the message out to tell people to be courteous,” he added.

Meanwhile, Mr Corby told The Nationalist a project to widen  a 1.7km section of the Suir Blueway starting at Carrick-on-Suir’s Sean Healy Park and to also carry out river bank repairs in the same area   will be completed  next summer.