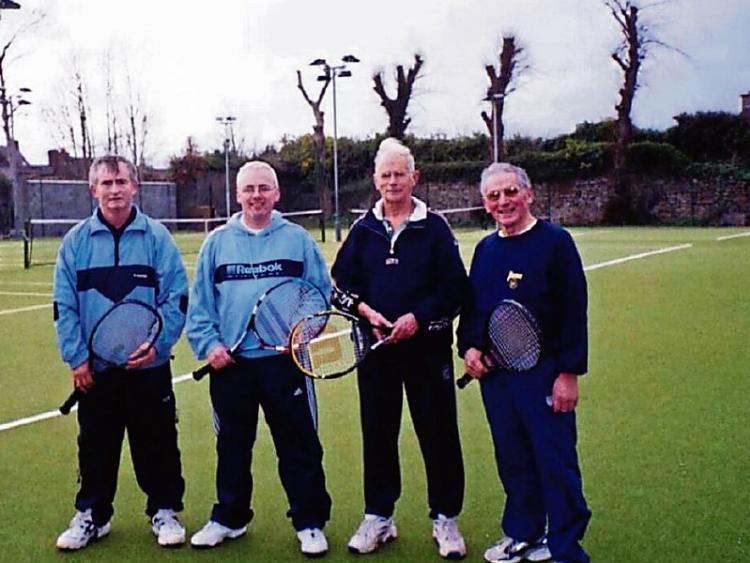 It was with great sadness that the members of Castleview Lawn Tennis Club learned of the death of their good friend and club man Tommy Walsh.

Tommy was a stalwart of the Club who joined way back in the 1960s.  He was an all round sportsman and also played rugby with great success.

Tommy served as treasurer of the club for four years in 1966/69 and was part of the committee who made the decision to purchase the grounds back  in 1968, which was a big under-taking at the time.

He served on the Munster Tennis Council between 1963-68 and served as president, treasurer, captain and trustee of the club over the years.

In those days, Castleview Tennis Club consisted of four grass courts that required a lot of hard work to maintain with grass cutting and lining.

I will always remember Tommy,  Noel Slattery, Tom Glascott and Noel Treacy pulling that big iron roller around the courts in May in preparation for the new season.

Tommy was very active in the club over the years in between running his pub ‘The Old Mill’ where Castleview LTC members had many the good night during the club’s  Open Weeks.

Despite work commitments, he  continued playing his weekly men’s doubles matches and will always be remembered for his  famous “Garryowen shots” that frustrated his opponents.

Tommy, with more time on his hands, took over as treasurer  of Castleview LTC again in 2003 during its redevelopment and did trojan work in providing the club  with a state-of-the-art facility.

Castleview was a beautiful location for a tennis club  situated inside the old Carrick-on-Suir Town Wall  alongside Ormond Castle.

It was much admired by players and visitors for its friendly atmosphere and was described as a “Jewel in the Crown”.

Tommy served as club treasurer   until 2008.  Unfortunately bad health prevented him from playing tennis in latter years but he still continued to visit the club and had great pride in watching his daughters  Claire and Elaine playing in competition.

He also took a keen interest in the club’s Open Week  and Inter Firms tournaments for which he was a sponsor.

He had  a great interest in the  junior players and their progress especially during their Open Weeks.

Tommy became an Honorary Life Member of the club in 2007 in recognition of his dedication and hard work on its behalf.

Over the years  Tommy  gathered a lot of memorabilia.

His famous  Red Book filled with lots of old photos  and paper clippings will form part of a book on Castleview LTC’s history from its foundation in 1945. It’s hoped to publish the book  next year.

Tommy was one on nature’s best and his presence will be sorely missed by all  privileged to have known such a great person and clubman.

Castleview Tennis Club extends sincere sympathy to the Walsh family on their great loss.  May he rest in peace.