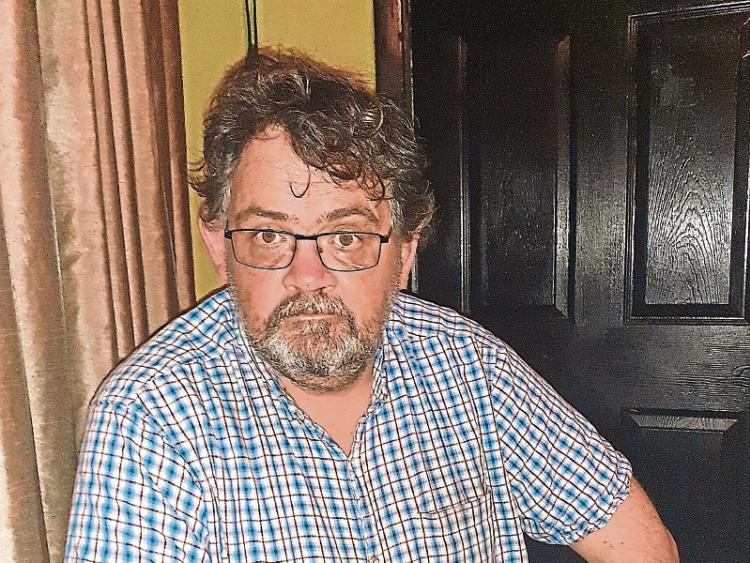 A survivor of the Bessborough Mother and Baby home in Cork, who was sent there shortly after his birth, has accused the nuns who ran the home of robbing him of 43 years with his mother.

Pat Williams, from Clonmel, was taken from his mother and sent to Bessborough the day after he was born at St Joseph’s Hospital (now South Tipperary General Hospital) in Clonmel in November 1977.

He later learned from the child and family agency Tusla that his mother, Rosemary Whitely, had suffered a breakdown when they were separated and was transferred from St Joseph’s to the nearby St Luke’s psychiatric hospital.

She was later sent to a workhouse in Mullingar, where she took her own life a year and a day after he was born.

He says he discovered that his mother couldn’t cope with the trauma of being separated from him and “died of a broken heart in the finish.”

Pat Williams spent three months at Bessborough, from where he was adopted by the late Joan and John Williams in Upper Irishtown, Clonmel.

Reacting to the apology issued by Taoiseach Micheál Martin following the publication last week of the report of the Commission of Investigation into Mother and Baby Homes, he said that the apology wouldn’t give him the time back with his birth mother.

And responding to the Government’s commitment to establish a redress scheme for survivors, he said “how can you put a price on what they did to me and my mother?”

Some time ago Pat Williams embarked upon a search to find his mother’s grave, a task that had a successful conclusion a couple of months ago.

He said the discovery of his mother’s grave in Cormac’s cemetery in Cashel had made him feel “complete.”

“We were bought and sold and treated like cattle.”

Despite such an ordeal very early in life, he regards himself one of the fortunate ones.

“I’m lucky to have survived there, when you consider that the life expectancy of a baby in Bessborough was 33 weeks.

“The Government knew that there were problems in Bessborough as far back as 1945, and still did nothing about it.

“It was closed by the Cork county medical officer in 1946 because the death rate there was higher than that in the entire county of Cork.

“It was later reopened but the problems continued.”

The Commission of Investigation into Mother and Baby Homes found that in one year in the 1940s infant mortality in Bessborough hit 70 per cent.

He said his first reaction into the report of the Commission of Investigation was “shock and horror” at what had gone on in those homes.

While some people pointed the finger of blame at society in general, he said it wasn’t really society’s fault because the Catholic church “ran the country like a dictatorship.”

Pat said he found it hard to even talk about the report.

He said that it included 180 pages on Bessborough alone.

When he started the search for his mother’s grave, he contacted Bessborough on three occasions in an effort to find out more about his past.

But he says that each time he failed to receive any information about his time there.

“They will never admit they were wrong anyway,” he says.

He hopes that the country is now a different place and that it has moved on from those dark days of the past.

And while he described the Taoiseach’s apology to the survivors as “very scripted, with no heart,” he says the Government needs to get on with implementing the recommendations in the report and not prolong the suffering for anyone.

This includes giving survivors access to their personal information.

Meanwhile, a religious congregation has said it did everything within its power to help the Commission of Investigation into Mother and Baby Homes locate the graves of more than 900 babies who died at one of its homes.

The Congregation of the Sacred Hearts of Jesus and Mary ran the Bessborough Home in Blackrock, Cork city for almost 80 years, during which time 923 infants died there.

However, only a number of graves for the infants have ever been identified.