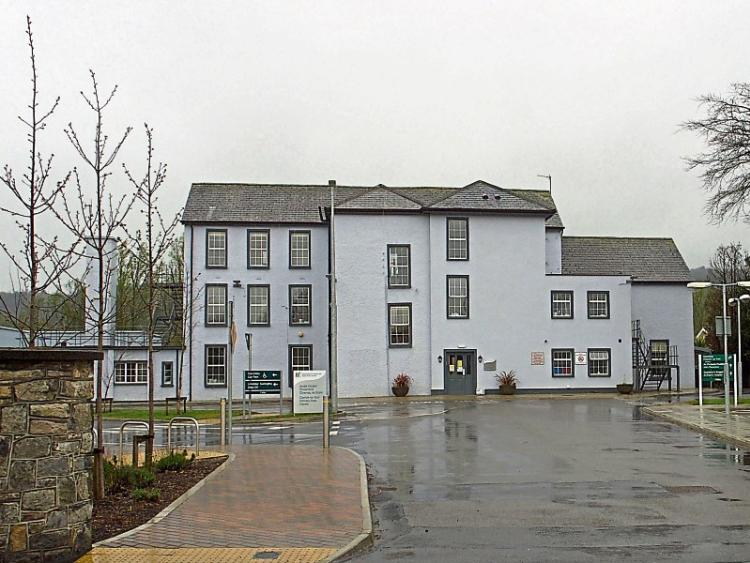 Efforts by Save St Brigid’s Hospital campaigners and local politicians to meet with the Taoiseach, Health Minister and Minister for Older People to make their case for the district hospital’s reopening have been refused or ignored.

But the campaign of protest over the closure of the Carrick-on-Suir hospital is continuing in the town with an estimated 160 vehicles taking part in a “drive-by” protest last Saturday afternoon.

The large convoy of vehicles travelled a circuit of the town, starting and finishing at St Brigid’s Hospital. Local activist Eddie Reade said  a similar protest is planned this Saturday at 2pm. He appealed for volunteers to act as stewards at the new style protest, which has replaced walking  marches for the moment due to the Covid-19 lockdown restrictions on public gatherings.

Independent TD Mattie McGrath took the Taoiseach to task in the Dáil last Wednesday for failing to meet  the FF party’s nine Tipperary councillors  in relation to the hospital closure.

The Taoiseach responded by distancing the Government from the controversial decision.

“The Government doesn’t decide to close any institution in that manner. The HSE takes operational decisions,” the Taoiseach said.

“My understanding was that the HSE had a plan to invest significantly in St Brigid’s with additional and different services being applied there.

“I don’t have any difficulty in engaging with people in relation to it but we can’t ignore HIQA reports either in respect of particular institutions or facilities and I will engage again with the HSE on the matter,” he added.

Deputy McGrath told The Nationalist it was “shocking” that the Taoiseach was ignoring calls from 9 councillors in his party to meet him and claimed there was a “shocking lack of accountability” from the Government over the closure of St Brigid’s Hospital.

Carrick-on-Suir FF Cllr Bourke said while the Taoiseach told the Dáil it was the HSE’s decision to close St Brigid’s, he countered that  the Government had the political power to overturn the decision as the Minister for Health was ultimately the boss of the health system.

“We represent an area with a population of nearly 15,000. The least we can expect is for the Minister to offer us a meeting. There are a lot of questions we need answers to.”

He accused Minister Butler of using the Covid-19 restrictions as an excuse not to meet the  group.

The email letter from Minister Butler’s office to the action group    outlined  the HSE’s and HIQA’s reasons for closing the hospital and plans to turn it into a  health centre specialising in chronic disease management. Mr Kelly said the Minister did not believe a meeting  was required in view of the information given in the letter and current Covid-19 restrictions. “Her focus is currently on vulnerable residents in our nursing homes and the roll out of vaccinations to them and the staff of these facilities,” he concluded.

Catherine Foley, who has led a series of St Brigid’s Hospital bed push protests, has pledged to continue with her marathon bed push to the Dáil after the Covid-19 lockdown is over. She suspended her  bed push from Carrick-on-Suir to the Dáil last week after reaching Kilkenny due to safety concerns. Catherine  had hoped to meet with Health Minister Stephen Donnelly last week but in the end was unable to secure a meeting with him.