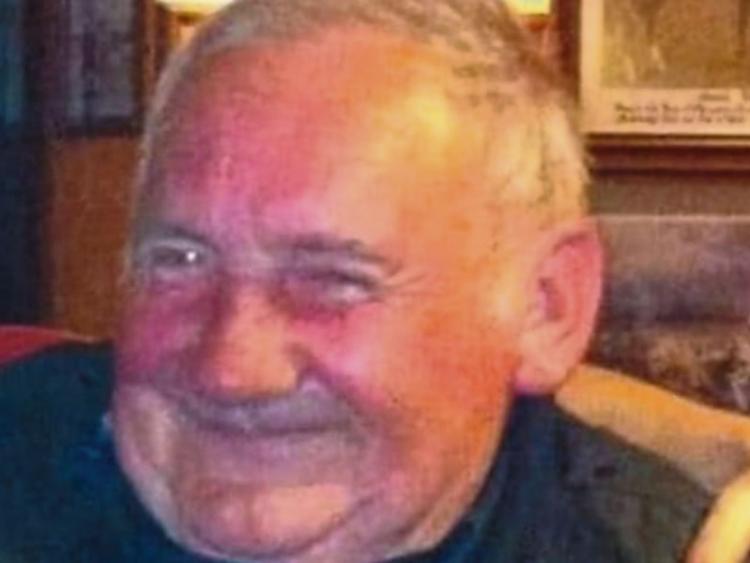 The late Liam Crowe from Thomastown, who died in a traffic accident near Bansha last week

The 76-year-old Thomastown man, who died tragically in a car accident near Bansha last week, is remembered fondly in his local community as a “true gentleman” and “kind and caring soul” who was “always great company”.

These were some of the touching tributes mourners paid to the late Liam Crowe from Fr Matthew Terrace, Thomastown, whose Requiem Mass was celebrated at the Church of the Blessed Sacrement in Golden on Sunday morning last.

Mr Crowe died after the car he was driving struck a tree on the L4306 Bansha to Thomastown Road around 3.15pm on  Tuesday January 12. His wife June, who was a passenger in the car, was injured and taken to Limerick University Hospital  where she is still undergoing treatment.

Golden FG Cllr Michael Fitzgerald, who was a friend of Mr Crowe’s, said  Golden, Kilfeacle, Thomastown, Bansha, Donaskeigh and much further afield were plunged into sadness and shock  when news filtered through of Liam's death.

“I think Liam’s life can be summed up by the comments of so many people who had the privilege to know him or come in contact with him in his long life.

“How many times have I heard people say in the last few days that: ‘They don't make characters like Liam Crowe anymore’ or describe him as ‘a sound man’, ‘a gentleman’, ‘a rogue’ and ‘great company.  It was also said of Liam that   ‘he would stand on his head for you’ and ‘he would light up a room when he entered’.

“I  think all of these comments are so true of Liam.

“He has left us with many memories. He has touched everyone he came in contact with in a very special way.

“We will miss his wit and his laugh, his good humour, his cough and his stories, some told with a twinkle in his eye, that made you wonder.”

Cllr Fitzgerald recalled how Liam used to hold court in Sir Rowland’s Pub in Thomastown where everyone loved and respected him.

He  said all who knew Liam will miss him so much and he felt honoured that Liam considered him his friend.  He extended condolences to his heartbroken family and added: “We will not see his likes again”.

In  homily at Mr Crowe’s Requiem Mass, Fr Pat Coffey, PP of Golden & Kilfeacle Parish said what happened last Tuesday “weighed heavily” on the community and will continue to do so. He prayed that God will help them  get through this experience.

He said the thoughts of the community were with Liam’s wife June. “We pray for your recovery from your injuries, and we pray for you as you have to experience this time.”

He extended  condolences and comfort to Liam’s son Willie, grandson Liam, his brothers and sisters, his wider family and friends.

He summed up Liam’s character by quoting a number of “beautiful” tributes local people posted online since the accident. They remembered him as a “lovely man”, “a true gentleman” and “a kind and caring soul”.

They recalled his humour, how he was “always great company” and had worked long hours during his career as a truck driver in Ireland and England.

“It has also been said of Liam that he was 76 going on 16. He was lovely - a lovable rogue, happy go lucky,” Fr Coffey continued.

The parish priest  recalled that Liam, like many of his generation, left for England at a young age. He loved driving and worked as a truck driver and also as a bus driver for a period.

He loved animals and caring from them and it was sad that his dog Rosie, whom he had for well over 10 years, didn’t survive the accident either.

When Liam returned to Ireland, Fr Coffey said he enjoyed a dream retirement among the people of Thomastown.

On behalf of the Crowe family, Fr Coffey thanked Liam’s great neighbours and friends who had been so good to him.

Due to the Covid-19 lockdown restrictions, Mr Crowe’s Requiem  Mass was private and attended only by his  grieving family.

However, it was broadcast online on the Golden & Kilfeacle Parish’s livestream service. The ceremony was followed by a private cremation.

Gardaí, meanwhile, have  re-issued their appeal  for witnesses to the fatal accident  or anyone with relevent CCTV or dash cam footage to  contact Tipperary Town Garda Station at(062) 80670.