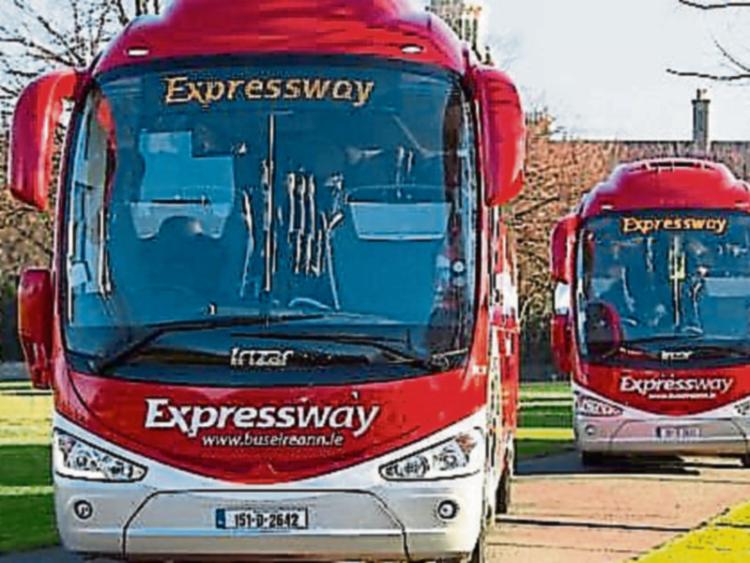 Bus Éireann’s X8 Expressway service connecting south Tipperary’s two top tourist towns with Dublin and Cork has been thrown a temporary lifeline by the Government and a  reduced timetable for the route came into force last Saturday.

The coalition Government last week approved an extension of the temporary financial supports for the commercial bus sector that   ensures  the “temporary continuation” of  the X8 Dublin-Cork service which was due to cease operating early this year.

The financial assistance is supporting essential commercial bus operators, including Bus Éireann’s Expressway services, because they are under severe financial distress due to the fall in passenger numbers and fare revenue because of the Covid-19 pandemic. Bus Éireann’s revised timetable for the X8 route that came into force on January 30 has reduced the number of bus services stopping daily in Cashel and Cahir from six to four.  The Dublin Airport stop-off has also ceased. Bus Éireann says this is due to lack of demand.

Cashel FG councillor Declan Burgess has welcomed the extension of temporary supports given to the X8 Expressway service but fears the service will still be closed by Bus Éireann after the pandemic.

He said Bus Éireann hasn’t given any clear commitment to the X8 service’s continuation even though it’s a popular service used by many local college students, commuting workers and people attending hospital and other appointments in Cork and Dublin. The X8 services was also an important transport connection for tourists visiting Cashel and Cahir’s heritage sites.

Cllr Burgess called on Transport Minister Eamon Ryan, the Government and National Transport Authority (NTA) to intervene to ensure the bus service continues into the future,  if not run by Bus Éireann then by a private bus firm subsidised by the NTA.

“I have engaged extensively with senior Bus Éireann officials, Minister Eamon Ryan and the National Transport Authority on this issue from the very beginning.

“I am glad the NTA has stepped in and supported the route for another length of time but unfortunately we have not received a commitment. Bus Éireann still plans to axe this crucial link in the near future.”

The Department of Transport said the temporary supports for the commercial bus sector first introduced last summer, have been extended by the Government to ensure the continued operation of essential commercial services throughout the country.

It said Bus Eireann’s Expressway was one of  64 commercial operations being supported by these measures and the scheme’s extension will support the “temporary continuation” of the Expressway X8 Dublin-Cork service that had been due to cease operation early this year.

A Department of Transport spokesperson pointed out that any future decision regarding the cessation of the route remained a commercial decision for the company.

“The National Transport Authority is currently undertaking an examination of the corridors affected by Expressway’s route consolidation process, to ensure there are no gaps in the network, and to assess if there is a need to provide any additional services,” she added.

Bus Éireann told The Nationalist its decision last September to “consolidate” Expressway services followed extensive reviews of every Expressway route with the Department of Transport and their consultants, taking into account the additional financial challenges posed by Covid-19 and its duty to ensure the Expressway is financially sustainable into the future.

“Bus Éireann will continue to liaise with the National Transport Authority, which is responsible for overall public transport connectivity, in relation to the X8 route and will ensure customers are fully informed with advance notice of any upcoming changes to routes,” it added.