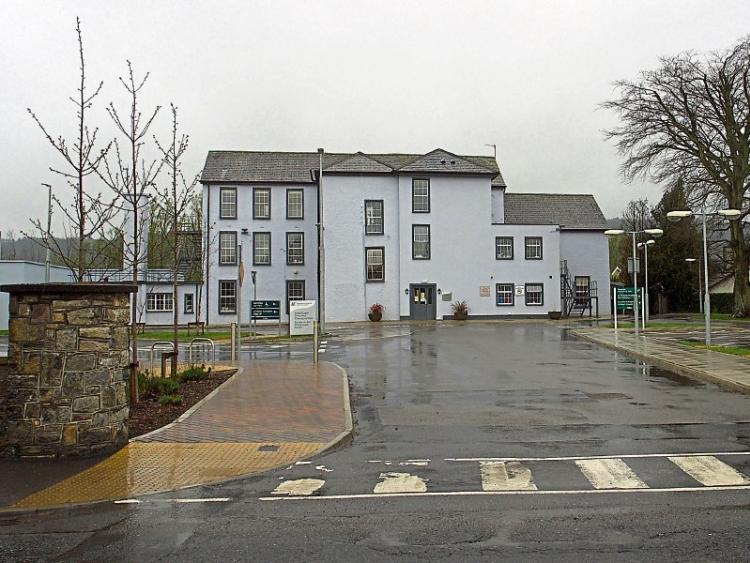 Carrick-on-Suir Municipal District’s councillors have joined the list of public representatives and campaigners Minister of State for Mental Health & Older People Mary Butler has declined to meet over the closure of St Brigid’s Hospital.

The District’s councillors have voiced their disappointment and anger at the Minister of State’s response to their written request for a meeting about the controversial closure of the Carrick-on-Suir district hospital.

They gave their reaction at Carrick-on-Suir Municipal District’s monthly meeting last Thursday where the response written by the Portlaw based Minister of State’s private secretary was included in the correspondence section of the agenda and partially read out by acting District Administrator, Liz McGrath.

The letter reiterated the reasons for closing the district hospital and plans to turn it into an outpatient community health centre for chronic disease management focussing on diabetes. And it outlined that: “People in the Carrick-on-Suir area who require convalescent, respite and/or palliative care services are being assessesed on a case-by-case basis and fully supported with referrals in alternative settings in the south Tipperary area including St Theresa’s Hospital, Clogheen; Cluain Arann, Tipperary Town, Greenhills and Sonas Nursing Homes in Carrick-on-Suir.”

In relation to local donations to St Brigid’s District Hospital and its palliative care facilities, the Minister’s private secretary said no money had been collected for the hospital since last March.

“The HSE will commence a process and take the necessary advice and approach in terms of governance and due diligence to ensure that all funding is managed appropriately and transparently and in line with requirements.”

The letter concluded that with the above clarified and due to Covid-19 Level 5 restrictions, Minister Butler did not believe a meeting was required. “Her focus is currently on vulnerable residents in our nursing homes and the rollout of vaccinations for them and the staff of these facilities.”

The strongest criticism to the response from the Minister of State’s office came from her Fianna Fáil party colleague, Cllr Kieran Bourke.  He said Minister Butler’s response was very disappointing but not surprising.  While the letter said Minister Butler’s focus was now on  vulnerable nursing home residents, he pointed  out the patients who  used St Brigid’s District Hospital were also very vulnerable people.

“I was with the owner of one of those facilities. They contacted the HSE offering beds and are still awaiting a reply. That letter is not factual,” he declared.

Fellow Carrick-on-Suir Cllr David Dunne, who is involved in the Save St Brigid’s Hospital Action Group, said the same letter was sent to him in response to the group’s request to meet the Minister. He criticised it and said it was “very disrespectful”.

He said he had written back  to the  Minister requesting again  for a delegation from the group to  meet with her and was still awaiting a reply.

He didn’t know what the council  should do now.  Carrick-on-Suir MD chairman Cllr Kevin O’Meara said he was very disappointed  their objections to the closure of St Brigid’s   weren’t being given the   attention they had hoped.  He echoed Cllr Dunne’s sentiments that he wasn’t sure what they could now do as a council.