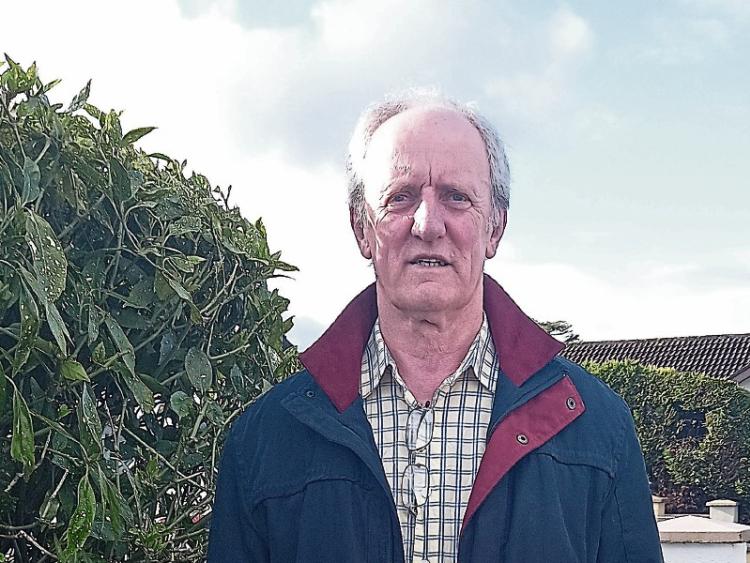 “It’s difficult to really know what it’s like unless you are in the situation,” says Clonmel man Noel Morrissey, whose wife Catherine (Ena) died just over two years ago

Noel Morrissey will never forget the care that his late wife received at St Brigid’s Hospital before she passed away just over two years ago.

Catherine (Ena) Morrissey died at the Carrick-on-Suir hospital in December 2018, finally succumbing to her brave battle against Multiple Sclerosis and cancer.

“The care, compassion and healthcare provided to my wife was nothing short of incredible,” says Noel.

He says the palliative care provided meant that he, his son John and daughter Deirdre didn’t have to worry about whether she was being properly looked after and cared for in a medical sense.

“We were able to be with Catherine and spend time with her, confident that medically she was in expert care,” says Noel.

“That meant we had all that time during Catherine’s last weeks and days to be with her, and love her,” he says.

His personal experience has now inspired Noel to launch a campaign to give people in Clonmel and surrounding areas access to a fit for purpose, dedicated palliative care facility.

“That would indicate that approximately 60 people die of cancer in Clonmel every year, not taking into account the broader population of south Tipperary.

“It’s a cliché but cancer doesn’t discriminate and Clonmel suffers its share of people who become terminally ill as a result of cancer, and these people need care and support,” he says.

Noel, from Inislounaght, Marlfield, Clonmel, says there had been a four-bed palliative care unit in St Brigid’s Hospital.

However the recent announcement that St Brigid’s won’t reopen as a hospital has removed one of the few fit for purpose facilities available to the people of south Tipperary, he says.

“St Theresa’s in Clogheen has a two-bed unit. However, this is 26 kilometres away and takes over an hour’s round trip from Clonmel.

“There is a newly-built 20-bed fit for purpose unit on the grounds of University Hospital Waterford. That’s a journey time of over an hour from Clonmel, and in any case Waterford city has a population size that indicates the unit will have enough to do to service the demand from Waterford city and surrounds alone.”

In his view this lack of facilities and the stark statistics about cancer mean “it should be without question a priority for Clonmel to have a facility to support the people who are terminally ill and those who have to care for them”.

Noel says that his family’s positive experience with St Brigid’s is driving his commitment and determination to establish such a facility in Clonmel.

“It’s difficult to really know what it’s like unless you are in the situation. But I would urge you all to put yourself in the position of the families of loved ones, who need to be close to those they love who are terminally ill.

“It is not possible in every case for families to care for loved ones in their own homes due to lack of support, facilities or indeed the inability to provide the level of care someone terminally ill requires, while also protecting their dignity.

“That is where the role of a dedicated unit becomes so important.”

Noel is proposing that the new replacement building for St Anthony’s unit at Western Road, the groundworks for which are currently being undertaken, would include five fit for purpose palliative care units, with associated family facilities.

He says that if this is not an option then the existing St Anthony’s building should be upgraded to provide the five fit for purpose units.

Already Noel’s campaign has received widespread support across the community.

He is working closely with the South Tipp Hospice Support Group and the South Tipperary Hospice Movement, which he says are fully supportive of this initiative, across voluntary and full-time nursing and administration staff.

The Irish Cancer Society has also pledged its support, as has the 30-strong voluntary team of drivers and coordinators who every day provide transport from Clonmel and the surrounding areas to the Whitfield Clinic in Waterford, a team of which Noel is a member.

A committee to advance the plans has been formed and at a Zoom meeting last week Dáil Deputies Martin Browne and Mattie McGrath voiced their support for the unit, as did Senator Garret Ahearn and representatives of Deputies Michael Lowry and Jackie Cahill.