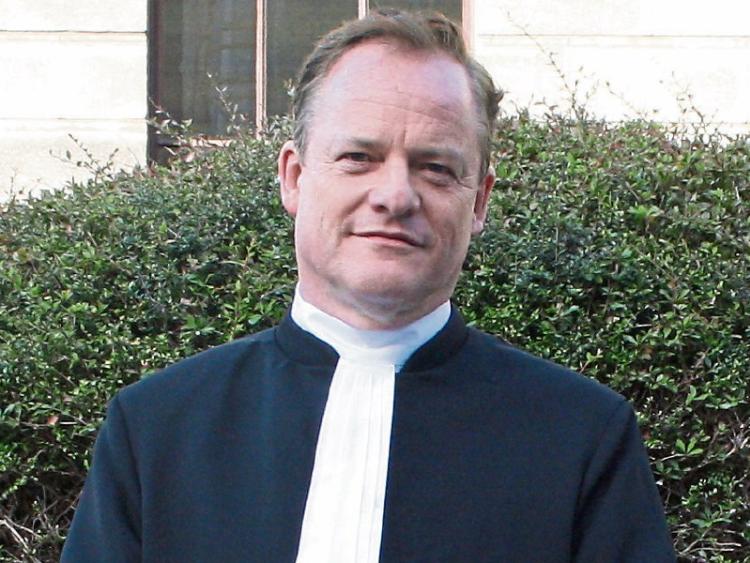 A paramedic was kicked in the chest by a man he was attending to following a car accident on Clonmel’s outskirts and was later punched in the face by him  at South Tipperary General Hospital, Clonmel Circuit Court heard last week.

The assaults were committed by 29-year-old Stephen McCarthy with an address at Spring Lane Halting Site, Cork, who received a three and a half years’ jail term with the final year suspended at the court for assaulting and harming paramedic Donal McCormack at South Tipperary General Hospital on March 4 last year.

The defendant pleaded guilty to committing both assaults.

Sgt Kieran O’Regan told the court gardaí received a report of a three vehicle traffic collision near the Cahir Road Roundabout in Clonmel at 7.05am on this day.  When they arrived at the scene, they saw a crashed car on the hard shoulder facing Clonmel.

There was no driver in the driver’s seat but there was one person in the front passenger seat and Stephen McCarthy was in the rear of the car. Paramedic Donal McCormack conducted a patient assessment on Mr McCarthy on his level of consciousness in the ambulance.

He noticed Mr McCarthy  wasn’t responding to his voice so he inflicted a small amount of pain using his biro and the back of his fingernail, increasing the pressure for up to five seconds.

Stephen McCarthy opened his eyes, took a deep breath and told the paramedic to “f**k off and stop pinching my finger”.  He lifted his leg and kicked Mr McCormack in the chest.

The blow caused Mr McCormack to hit the seat behind him. Mr McCormack stuck his head out of the ambulance and requested a garda.

A colleague of Mr McCormack’s took over Mr McCarthy’s care and the ambulance brought him to South Tipperary General Hospital. Sgt O’Regan said while Mr McCarthy was being handed over to Dr Ali and details of the accident were being given to  the doctor, the defendant punched Mr McCormack in the face.

.  He checked into the A&E and was assessed by staff at the Minor Injuries Unit.

Mr McCormack felt significant pain in his eyes in the hours after the assault, which led up to a blinding headache.

He stood down from the shift he was working on  and went home and further symptoms of concussion followed.  He was off duty for approximately one month afterwards.

Sgt O’Regan said Mr McCormack didn’t wish to make a victim impact statement but sent an email to Garda Fearghal Bolger, which he wished to be read to the court.

In the email, Mr McCormack sent this message to the defendant :  “I hope the time you are  remanded in prison will be spent thinking about the lives you have damaged and preparing yourself for becoming a reformed person.”

He concluded by praising Garda Bolger for  his professionalism and helpfulness throughout the the investigation.

Sgt O’Regan replied “yes” when defence barrister Edward O’Mahony put it to him that Mr McCarthy’s previous offending was consistent with someone who had an addiction problem.

The sergeant also replied “yes” when Mr O’Mahoney put it to him that his client was involved in a “nasty enough” accident where the vehicle he was travelling in lost control and struck a truck, which then struck a Ford transit van.

The sergeant said there was a strong smell of alcohol in the car Mr McCarthy was in when Mr O’Mahony put it to him that his client was extremely intoxicated.

The barrister said his client couldn’t explain why he committed these unprovoked attacks on Mr McCormack.  He didn’t have a good recollection of the events.

He submitted that Mr McCarthy’s  extreme intoxication, being shaken by the accident and taken aback by being attended to by Mr McCormack contributed to  his behaviour though the barrister  acknowledged that didn’t excuse what he did.

He argued the offence ranked at the lower end of severity for such assaults.   Mr O’Mahony said his client wrote a letter of apology which showed his remorse.

He knew his actions caused distress to Mr McCormack.

He pointed out his client had spent a significant amount of his life in and out of custody.

He  attended treatment for his addiction problem at Bruree on two occasions but hadn’t been in the mindset to deal with his problem. He was now seeing the light.

He was in a relationship for 10 years and had three children but the relationship had now split up.  He hadn’t been in contact with his  children for the better part of two years because he was in and out of prison.

Mr O’Mahony also submitted that his client’s life was marred by tragedy.

His parents died when he was young and his sister died recently.  Judge Garavan said the email from Mr McCormack  read to the court indicated the victim expected Mr McCarthy to go to prison.

Judge Garavan said he also  believed this type of offence must be marked by a custodial sentence.

He described Mr McCormack as a decent man, which was shown by the generosity he displayed in his email.  “He certainly wasn’t putting the boot in. Nonetheless he did expect justice to be done.”

The judge pointed out that Mr McCormack was a hard working individual doing a difficult job, particularly in these times, and he had been trying to assist Mr McCarthy.

He took into account the aggravating factors of the assaults and the defendant’s  previous record of  convictions but also the mitigating factors  of Mr McCarthy’s    apology, his expression of remorse and his   difficult childhood.

He was somebody society had failed to support and  the lack of consistency in his life fed into his reliance on drugs and alcohol.  He considered the assault causing harm offence warranted a four years’ jail term which he reduced to three and a half years.  He suspended the last year of the jail term for two years on condition he entered into a bond to keep the peace and be of good behaviour during that period. Judge Garavan directed that Mr McCarthy come under the care of the Probation Service on his release from prison, abide by all its directions and do a residential addiction treatment course. He  backdated the commencement of the prison sentence to September 15 when Mr McCarthy first  went into custody.