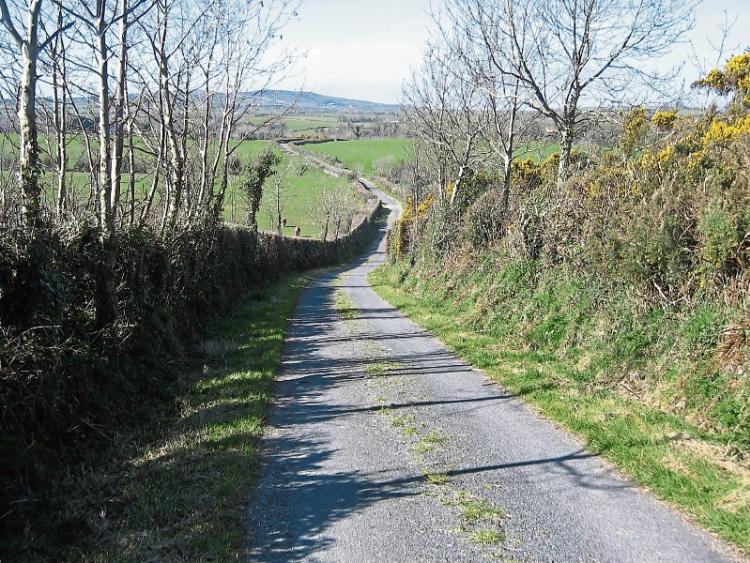 Three Tipperary members of Hedgerows Ireland Group pressed for greater protection and promotion of Ireland’s hedgerows when they met Ministers of State Pippa Hackett and Malcolm Noonan this month.

Hedgerows Ireland was formed in Tipperary a  year ago in response to the removal of six kilometres of rail side native hedgerows by Irish Rail contractors engaged in fencing replacement on the Waterford to Limerick Junction line. It has since become a national  group campaign for better protection, promotion and funding  for all hedgerows. The group has established strong links with  Birdwatch Ireland, the  National Biodiversity Centre, Teagasc and Burren Programme.

The meeting with Minister Hackett   focussed on introducing financial incentives for good quality hedgerows to replace the current GLAS arrangements. The Department of Agriculture is now accepting submissions to an  Agri-Environment Pilot Project with a closing date of February 26. Feedback from this will feed into the new Common Agricultural Policy.

The Hedgerows Ireland  members welcomed this approach but urged Minister Hackett to include a greater focus on hedgerows in the scheme with higher payments  for  taller, wider hedges due to their  benefits for  biodiversity and climate.

“This could be a real win-win situation for landowners with proper financial incentives for real environmental benefits,” said the group. The delegation  also requested an  immediate end to the  system whereby farmers are penalised for retaining scrubland, which is a rich habitat for wildlife.

The meeting with Minister Noonan  was also attended by  National Parks & Wildlife Service officials. The need for greatly increased resourcing of the NPWS  was raised as well as a request for improvements and clarity in the legal protection for hedgerows.

Minister Noonan was informed landowners applying for permission to  to remove extensive lengths of hedgerow under restructuring rules had a 95% chance of having their application approved yet the level of oversight of these applications by NPWS officials is minimal.

They pointed out  almost 160 kilometres of hedgerow were removed between 2011 and 2016 under this process, with a further unknown amount removed without any application for permission.

It  was acknowledged hedgerows make a massive contribution. They capture carbon, absorb and filter floodwater, offer shelter to stock and are a habitat to a huge variety of wildlife.

The Minister agreed there was  a need for change in the areas highlighted at the meeting. Further engagement between Hedgerows Ireland and NPWS officials will now take place to address their detailed proposals.