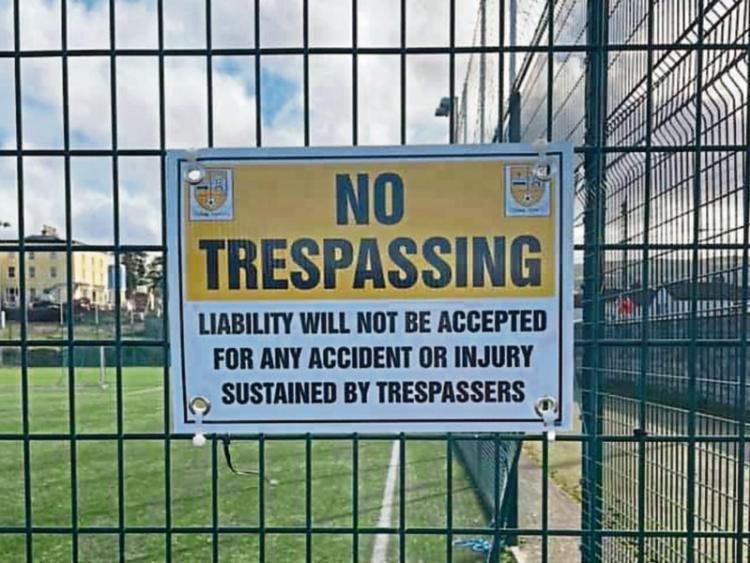 A Clonmel soccer club has voiced deep frustration over the ongoing problem of youths breaking into its playing grounds in the wake of their latest antics that caused significant damage to the perimeter fence of its all-weather pitch.

A Clonmel Town FC spokesman said the club’s members are “sick to the teeth” of teenagers hanging around and vandalising their playing grounds located at the Dr Pat O’Callaghan Sports Complex on Clonmel’s Cashel Road.

He said a large section of the all-weather pitch’s mesh perimeter fence, estimated to be 8 feet high and wide, was damaged last weekend by people pulling it back to gain entry to the pitch.

The damage to the fence was discovered by club members on Sunday.

The club spokesman pointed out similar damage was caused to the same section of the perimeter fence two weeks ago.

“We have to get a company in to fix the fence and it won’t be cheap.

“The fence is there 15 years and there are probably a number of entry points through it so you could be looking at several thousand euro to fix it,” he told The Nationalist.

The Clonmel Town FC spokesman complained that teenagers have been breaking into their grounds to play football since the start of the Covid-19 pandemic restrictions.

He pointed out that Clonmel Town FC’s playing grounds are currently closed  to its 250 members due to the Covid-19 lockdown.

“Our own members can’t play football there at the moment because of the Covid-19 guidelines.

“It’s frustrating to see these lads coming in off the street and playing football and then damaging the grounds.”

Clonmel Town FC has been in contact with local  gardaí  about the problem. The club increased security at its playing grounds two years ago  by installing CCTV cameras after part of its  pitch was burned by fireworks.

The club spokesman appealed to members of the public who see people entering their playing grounds to immediately contact the club via  its Facebook page or contact Clonmel Garda Station at (052) 6122222.