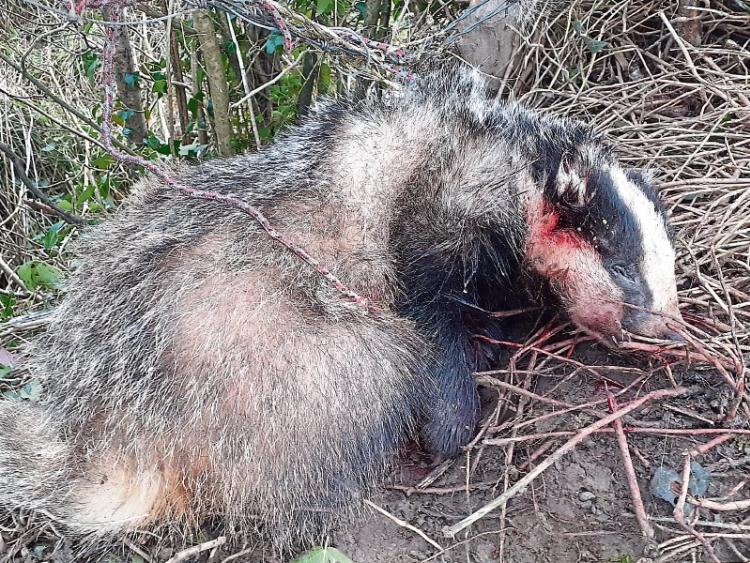 A young child witnessed a shocking act of animal cruelty in Clonmel recently, according to a resident of the area near where it occurred.

The resident, a man who doesn’t wish to be named, said that at 2pm on Saturday fortnight last he heard “really horrific screaming” coming from a field between the Powerstown and Gurtnafleur area.

“I saw three men and a young girl in the field, and they had three dogs with them.

“They had snared a badger and were setting the dogs on the animal.

“It was really upsetting that a young child was looking at all of this.

“She was only about five or six years of age and was only wearing a t-shirt.”

He said that the screaming, screeching sound was made by one of the dogs when the badger clamped on it with its teeth. The men and the child fled when local residents shouted at them to stop.

The badger was so badly injured that it had to be euthanised.

The gardaí were contacted, as was the National Parks and Wildlife Service.

The service sent staff to the scene the following morning.

They confirmed that it was a female, pregnant badger that had been snared.

They searched the area for more snares but didn’t find any.

“If the schools were open, children would have heard all the noise,” said the resident.

“Everyone within 500-600 metres of the incident heard all the screeching,” he stated.

Badgers are protected in Ireland under the Wildlife Acts (Wildlife Act, 1976; Wildlife Amendment Act, 2000) as well as internationally in the Bern Convention.