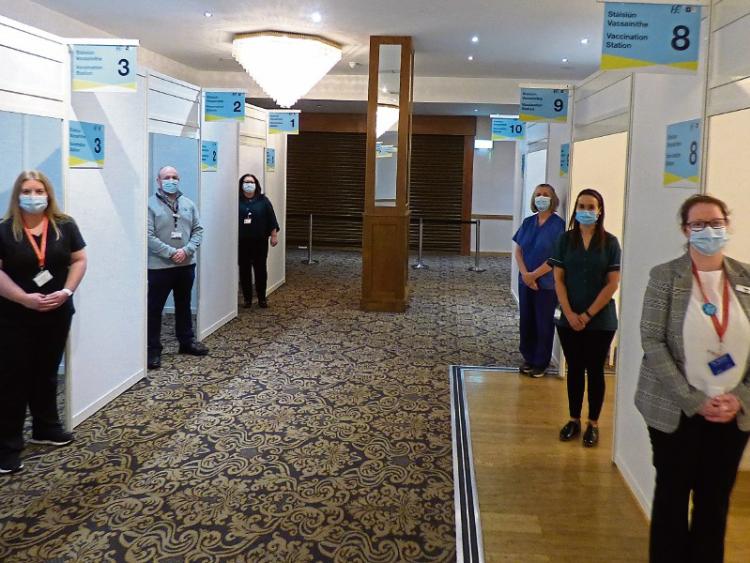 South Tipperary’s new mass Covid-19 vaccination centre at the Clonmel Park Hotel is ready for operation  though the temporary suspension of use of the AstraZeneca vaccine  may delay its  opening.

The HSE hopes  to open the centre around March 29 but acknowledges this opening date may now be pushed back a week or two due to the precautionary suspension of  AstraZeneca while the European Medicines Agency investigates reports of blood clotting in some vaccine recipients. The EMA is due to reach a decision on its review of this vaccine  this  Thursday, (March 18).

An estimated 600 people due to receive  AstraZeneca  in south Tipperary this week have had their inoculations delayed as a result of its temporary suspension.

The centre will be primarily used to vaccinate people who are not classified as being in the top four priority groups, namely residents of long term care facilities, frontline health workers, people aged over 70 and people aged between 16 and 69, who are at very high risk of severe Covid-19 disease.

The HSE is currently working through vaccinating people in these four groups and  may end up receiving their vaccines at the Clonmel Park Hotel.

The centre’s facilities will be available for a minimum of six months and it will operate in addition to vaccination programmes at local GP surgeries and pharmacies.

A STGH spokesperson said the centre will be staffed by a mix of staff specifically recruited to the role and some STGH staff who will assist periodically.  Other staff at the centre will include clerical officers, pharmacists and support services workers such as security personnel.

The hospital said recruitment of staff for the centre was ongoing at the moment.

According to the HSE, whatever approved vaccine is available at any given time  will be administered at the centre and the utilisation of the centre will be dependent on staffing and vaccine availability.

“As the HSE moves to vaccinate other groups at centres such as the one in Clonmel, news, public notices, advertising, social media and partner organisations will be used to alert people that it’s their turn to come forward,” explained a HSE spokesperson. “There’s no charge for getting your Covid-19 vaccine. It is free.

“The HSE’s aim in offering vaccines to the population is to protect people and reduce the illness and deaths caused by this virus.  At the moment, people do not need to register for vaccination in advance.”