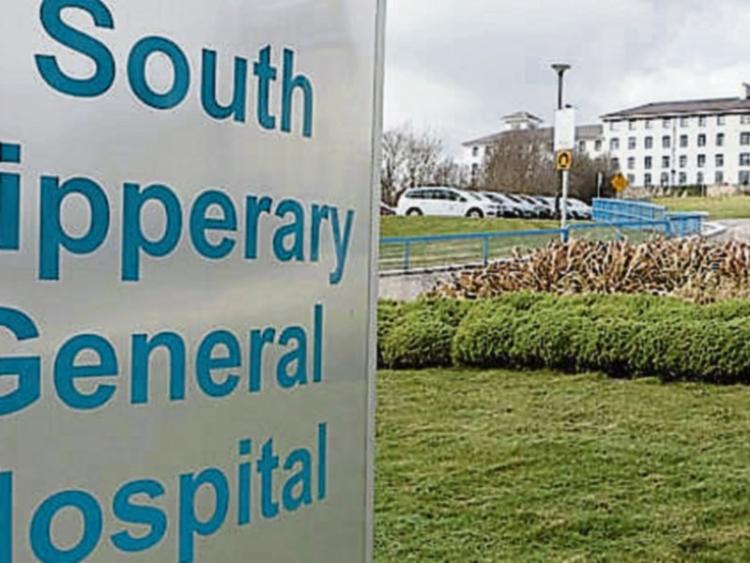 A campaign group of doctors and medical students has joined Tipperary TDs in appealing to the HSE to reverse its plan to more than halve the number of intern doctors working at South Tipperary General Hospital in four months’ time.

The number of graduate intern doctors posts at the Clonmel hospital is due to be slashed from 19 to 9 in July as the HSE rolls back on its emergency decision to hire 300 extra medicine graduates in the country’s hospitals last year in response to the Covid-19 pandemic.

But the Keep Our Doctors Campaign warns the Covid-19 pandemic is not over yet and the extra intern doctors posts created at STGH last year will still be very much needed from July onwards.

South Tipperary General Hospital says the extra intern doctors over the past year have hugely benefited the delivery of patient care though it accepts it knew from the outset  these additional posts were a temporary measure due to the Covid-19 emergency. The hospital stressed it would welcome an increase in the overall numbers of interns.

Keep Our Doctors Campaign spokesman Dr Cormac Duff, a paediatrician at the Rotunda Maternity Hospital in Dublin, said the extra intern doctors at STGH have been a vital support to the hospital’s permanent medical staff.

He outlined that they have  helped ensure the hospital’s doctors don’t become overworked and over stretched while dealing with the added pressures the pandemic has brought, particularly when medics have to take leave from their duties because they are a Covid-19 contact.

He argued the extra intern posts were needed at the hospital anyway because of the understaffing of doctors in HSE hospitals in the last number of years.

“Halving the number of interns will have a big impact on patients in STGH. There will be longer out-patient waiting lists, longer waits to see a doctor in the emergency department, surgeries will take longer if you don’t have an intern to help and patients will not be able to go home as quickly,” he warned.

Dr Duff points out that while all of last year’s medicine graduates from Irish universities secured internships in Irish hospitals, 300 of this summer’s graduates will be forced to leave the country to do their internships in places like Britain, the US and Canada. Many of these newly qualified doctors will be lost to the Irish health service forever.

According to the group, the vast majority of those losing out on internships in Irish hospitals will be international medical graduates from non-EU countries trained in this country.

The Keep Our Doctors Campaign group has set up a petition calling on the HSE to retain the extra intern posts it created at the start of the pandemic.  It has been signed by 4,000 people to date.

The campaign has also been putting political pressure on Health Minister Stephen Donnelly and lobbying TDs around the country, including Tipperary’s Dáil deputies.  Dr Duff said they are currently awaiting a full response from Minister Donnelly to their call to extend the 300 extra intern doctor posts.

Independent Tipperary TD Mattie McGrath called for the 19 intern doctors posts at South Tipperary General Hospital to be retained when he raised the planned cuts with  both Minister Donnelly and Taoiseach Micheál Martin in the Dáil last week.

He told the Taoiseach that South Tipperary General Hospital was “under pressure” and losing 10 of its 19 intern doctors post was “devastating” on top of the closure of St Brigid’s District Hospital in Carrick-on-Suir.

The Taoiseach responded that extraordinary efforts were made to recruit intern doctors and non-consultant junior doctors “way above and beyond what was expected” last year.

Mr Martin stressed it was never envisaged that the levels of intern posts across the country would be sustained. However, he promised to ask the HSE about South Tipperary General Hospital as he accepted Deputy McGrath’s point that the hospital was under pressure.

Deputy McGrath’s comments follow hot on the heels of fellow south Tipperary TD Martin Browne’s statement last week calling for the retention of the 19 intern doctor posts at the hospital.

The Sinn Féin TD warned cutting the number of intern doctors posts back to the pre-pandemic level would show an “incredible lapse in the HSE’s contingency planning for any potential outbreaks of more Covid variants”.

Meanwhile, a statement from South Tipperary General Hospital said: “The additional interns allocated to the hospital during the pandemic has benefited the hospital and the delivery of patient care hugely.

“During the Covid-19 surges, the ways of working for all staff disciplines were altered  and there was a focus on ward-based care delivery. The consultants and hospital management have been working hard to  ensure that there is a positive learning  environment which adds to the experience for all  doctors in training in the hospital.

“Unfortunately the numbers of allocated interns is a matter of national policy and STGH would welcome any  increase in the overall numbers,” the hospital added.   The Keep Our Doctors Campaign can be followed on  Twitter at:#KeepOurDoctors